Great Music submitted by flutegrl97 on June 28, 2012, 8:34pm Just listening to this music is like watching those wonderful cartoons again. I never realized how many classical motifs were used in this genre of music; It adds a whole other dimension to the cartoons through musical allusion.

Carl Stalling Project submitted by SBNB on June 22, 2014, 1:47pm It wasn’t bad, but I thought it was going to be more fun than it actually was.

Fascinating! submitted by doctorfang on August 2, 2015, 1:54am The quality of the music and compositions, solely created to accompany cartoons, is astounding! Such great stuff. 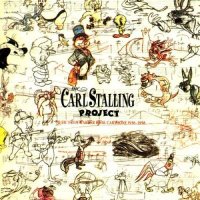