The Handmaid's Tale. Season one Based on Margaret Atwood's award-winning, best-selling novel.
Originally made available for online streaming by Hulu in 2017.
Special features: Script to screen; Hope in Gilead.
Disc 1: Offred -- Birth day -- Late -- Nolite te bastardes carborundorum -- Disc 2: Faithful -- A woman's place -- The other side -- Jezebels -- Disc 3: The bridge -- Night.
Elisabeth Moss, Yvonne Strahovski, Joseph Fiennes, Alexis Bledel, Madeline Brewer, Ann Dowd, O.T. Fagbenle, Max Minghella, Samira Wiley.
A religion-based autocracy has taken over most of the United States, renaming the country Gilead. In this country women are second-class citizens. Anyone trying to escape is punished. One such person is June, who is captured while trying to escape with her husband and child and is sentenced to be a handmaid, bearing children for childless government officials. As a handmaid, June is renamed Offred. This is her story.
DVD, NTSC region 1, widescreen (1.78:1) presentation; Dolby Digital 5.1.
Contents: Handmaid's tale.

Excellent season submitted by edb.blanchard on June 16, 2018, 4:13pm I've watched this season 3 times all the way through and some more repeats of my favorite episodes. A Woman's Place being one. Read and reread the book and already into the second season. Amazing performances and a story with many themes to ponder and deeply question.

Absolutely brilliant submitted by KOH on August 27, 2018, 3:11pm This honors the spirit of the book so well. The acting performances are just excellent. One of the best shows out there today.

Gripping submitted by lstorc on August 28, 2018, 1:59am This is horrific, brilliant, telling of even the current times, and a warning about what we can become if we don't honor equal rights.

Saw the first Episode, it was GOD AWFUL BAD. submitted by Tassos on April 22, 2019, 8:48pm The 1990 or so movie was bad enough, but this crappy series is truly AWFUL. Watched the first episode, skipping STUPID scene after STUPID Scene. WHat crap do people watch on their Stupidyfying, TVs that make them into unhealthy couch-potatoes...

What is this crap? it's worse than the dumbest soap opera. The lead actress is just god-awful. Vomit-inducing. How do people get away with such god-awful shows? 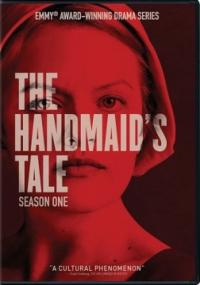