Barracoon : : the Story of the Last "Black Cargo" Foreword. Those who love us never leave us alone with our grief : reading Barracoon : the story of the last "black cargo" / by Alice Walker -- Introduction -- Editor's note -- Barracoon. Preface -- Introduction -- The king arrives -- Barracoon -- Slavery -- Freedom -- Marriage -- Kossula learns about law -- Alone -- Appendix. Takkoi or Attako--children's game -- Stories Kossula told me -- The monkey and the camel -- Story of de Jona -- Now disa Abraham fadda de faitful -- The lion woman -- Afterword and additional materials / edited by Deborah G. Plant.
In 1927, Zora Neale Hurston went to Plateau, Alabama, just outside Mobile, to interview eighty-six-year-old Cudjo Lewis. Of the millions of men, women, and children transported from Africa to America as slaves, Cudjo was then the only person alive to tell the story of this integral part of the nation's history. Hurston was there to record Cudjo's firsthand account of the raid that led to his capture and bondage fifty years after the Atlantic slave trade was outlawed in the United States. In 1931, Hurston returned to Plateau, the African-centric community three miles from Mobile founded by Cudjo and other former slaves from his ship. Spending more than three months there, she talked in depth with Cudjo about the details of his life. During those weeks, the young writer and the elderly formerly enslaved man ate peaches and watermelon that grew in the backyard and talked about Cudjo's past--memories from his childhood in Africa, the horrors of being captured and held in a barracoon for selection by American slavers, the harrowing experience of the Middle Passage packed with more than 100 other souls aboard the Clotilda, and the years he spent in slavery until the end of the Civil War. Based on those interviews, featuring Cudjo's unique vernacular, and written from Hurston's perspective with the compassion and singular style that have made her one of the preeminent American authors of the twentieth-century, Barracoon masterfully illustrates the tragedy of slavery and of one life forever defined by it. Offering insight into the pernicious legacy that continues to haunt us all, black and white, this poignant and powerful work is an invaluable contribution to our shared history and culture.--Publisher's website.

Zora Neale Hurston at her Best submitted by Leijah on June 22, 2018, 10:41am This is one of my favorite books. I'm a big fan of Hurston and was so excited to see this one being released. It gives readers a perspective of slavery that is often ignored or glorified. Hurston keeping the dialect brings authenticity to a story that is a major part of our history. 10/10 would recommend.

A treat to get more from Hurston submitted by A2AE on July 24, 2018, 10:52pm Just pages into this book, I was smiling ear to ear as I delighted in reading Hurston's incredible, distinctive prose style. Nobody writes like Zora. This is another marriage of her incredible talents -- writing and anthropology. It's a fascinating story, and I highly recommend it. My only regret is that it's not longer!

Barracoon submitted by leighsprauer on September 22, 2018, 8:40pm Zora Neale Hurston's Barracoon is the largely auto-biographical account of the life of Cudjo Lewis, aka Kossulo, a former enslaved person who was brought to the US on the final slave-trading ship, the Clotilda. It was published more than 90 years after it was written due to Hurston's insistence on keeping it as she had written it, using Lewis' vernacular and the phonetic spelling of his dialect. Reading it is like opening a gift - the preservation of a pivotal and but still timely era in American history. Cudjo's life comes alive in his own words, and I'm grateful for Hurston's foresight.
Lewis' story itself is comparable to Alex Haley's Roots - the descriptions of African life (although Haley's ancestors and Lewis' family were not ethnically related, as far as I can remember), the horror of the transport to America, and life as a slave. Haley provides much more detail, and is overall a better story-teller, but of course what Lewis lacks in flourish he makes up for in authenticity. I gave the book 5 stars not for its literary contribution, but for its historical importance.

A must-read. submitted by sueij on June 24, 2019, 8:45pm What an outstanding look into the life and experiences of one of the last human beings captured, transported, and sold into slavery in the United States. He is clear and eloquent about his life, his values, and his memories. I’m fascinated that we hear so little about the actual experience of slavery, but given that we have “so many” slave narratives that address that part of the experience, I love that what we get more of the before and after experiences. A must-read. 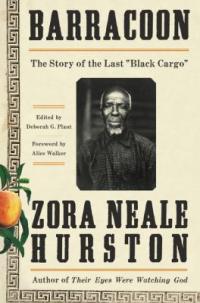