Slavery : : the History and Legacy of one of the World's Most Brutal Institutions "Western slavery goes back 10,000 years to Mesopotamia, today's Iraq, where a male slave was worth an orchard of date palms. Female slaves were called on for sexual services, gaining freedom only when their masters died. This book traces slavery from classical times to the present. It shows how the enforced movement of more than 12 million Africans on to the Atlantic slave ships, and the scattering of more 11 million survivors across the colonies of the Americas between the late 16th and early 19th centuries, transformed the face of the Americas. Though they were not its pioneers, it was the British who came to dominate Atlantic slavery, helping to consolidate the country's status as a world power before it became the first major country to abolish slavery. James Walvin explores the moral and economic issues slavery raises, examines how it worked and describes the lives of individual slaves, their resilience in the face of a brutal institution, and the depths to which white owners and their overseers could on occasion sink in their treatment of them."--Publisher's description. 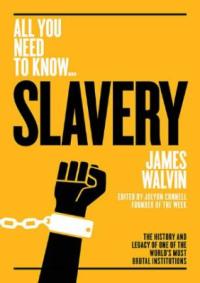 SERIES
All you need to know ...