Sharp Objects submitted by lstorc on July 25, 2019, 10:07pm Sharp Objects is wonderfully and painfully honest! It is pretty depressing. It's a bit Lifetime movie like, but without the overacting.

This version is even better than the book! submitted by TeacherN on July 27, 2019, 12:12pm I normally say the book is better, but this HBO adaptation is outstanding! It's very dark, but excellent. 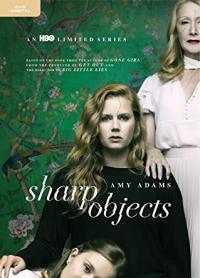