How to Hide an Empire : : a History of the Greater United States The fall and rise of Daniel Boone -- Indian Country -- Everything you always wanted to know about Guano but were afraid to ask -- Teddy Roosevelt's very good day -- Empire state of mind -- Shouting the battle cry of freedom -- Outside the charmed circle -- White city -- Doctors without borders -- Fortress America -- Warfare state -- There are times when men have to die -- Kilroy was here -- Decolonizing the United States -- Nobody knows in America, Puerto Rico's in America -- Synthetica -- This is what God hath wrought -- The empire of the red octagon -- Language is a virus -- Power is sovereignty, Mister Bond -- Baselandia -- The war of points.
"A history of the United States' overseas possessions, from Puerto Rico to the Philippines and beyond, and what they reveal about the true meaning of American empire."--Provided by publisher. 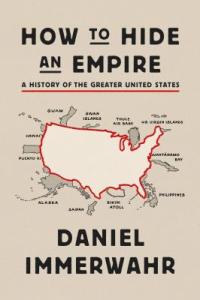