"Daisy is a girl coming of age in L.A. in the late sixties, sneaking into clubs on the Sunset Strip, sleeping with rock stars, and dreaming of singing at the Whisky a Go-Go. The sex and drugs are thrilling, but it's the rock and roll she loves most. By the time she's twenty, her voice is getting noticed, and she has the kind of heedless beauty that makes people do crazy things. Another band getting noticed is The Six, led by the brooding Billy Dunne. On the eve of their first tour, his girlfriend Camila finds out she's pregnant, and with the pressure of impending fatherhood and fame, Billy goes a little wild on the road. Daisy and Billy cross paths when a producer realizes the key to supercharged success is to put the two together. What happens next will become the stuff of legend. The making of that legend is chronicled in this riveting and unforgettable novel, written as an oral history of one of the biggest bands of the seventies. Taylor Jenkins Reid is a talented writer who takes her work to a new level with Daisy Jones & The Six, brilliantly capturing a place and time in an utterly distinctive voice"-- Provided by publisher.

Best Book of the Summer submitted by selujules on July 25, 2019, 9:35pm I read a lot in the summer, and this book is the best book I've read. The format (think a transcript of VH1's Behind the Music) is PERFECT to tell this story. A pretty quick read, but thoughtful and so much fun. Loved it even more than her other book (Evelyn Hugo), but if you haven't read that either, it's also great!

Great, fast-paced read! submitted by zixyxuan on July 27, 2019, 3:22pm People have been raving about this book so I had to read (listen) to it. Personally, I didn't find it to be as good or better than Evelyn Hugo or some of TJR's other books. The story was definitely compelling (think A Star is Born, but less tragic), but I don't think it would have made any sense without listening to the audiobook. Since this book was also pretty short, we never really get to know any of the characters really well so I felt pretty aloof when they were dealing with major life problems. The storyline was also very predictable, though entertaining to read.


I loved this book submitted by mbt on August 9, 2019, 11:57am Supposedly based on Stevie Nicks, this story about a tough, independent female singer, will keep you reading through the night. Daisy is brave and strong, but she is also someone you will want to reach out to and give a big hug. Written in a style unlike other books, Daisy Jones and six is a good, fun and quick read.

Captivating and Fast-Paced submitted by reaganmalcolm on June 19, 2020, 11:40pm Daisy Jones and the Six drew me into the story so quickly I didn't have time to grab a glass of water. The book is addicting, with a unique oral interview style that ricochets between members of a rising rock'n'roll band. It girl Daisy Jones is impossibly cool and flawed.

Innovative submitted by Cihendricks on July 26, 2020, 2:19pm I didn't expect to like this as much as I did. It was really delightful. And the narrative style was so unique and very compelling. The characters felt human, and the story as a whole just felt real. I can't recommend this highly enough.

Didn't work for me, but YMMV submitted by sueij on June 18, 2021, 9:39pm I spent 7/8ths of this book thinking “why am I reading this?” It’s a fake documentary about a ‘70’s rock band. It’s about privileged White people who have money, use drugs, get famous, and make music. Tangential to that, it’s about human relationships, which was moderately interesting.

The thing that I think was supposed to catch my attention is that it is told entirely through excerpts from “interviews” with the band members, but while some readers will probably find this delightful and new, I read because I like the continuity of a story and this felt like several thousand choppy thoughts. It was much like looking at pointillism up close: it’s really only a picture from a distance. (I didn’t like _The Guernsey Literary and Potato Peel Society_ because of its story telling device, either. Do with it what you will. You’re reading my review to get my opinion, and you are entirely welcome to have your own!)

Beyond the structure of the book, I really just spend most of the book thinking that if I was going to invest this amount of time reading a fake documentary about a ‘70’s rock band, I would much rather have spent the time reading about a real one. I read _Keith Richards: A Life_, and while that was far denser than this, feel like it was much more worth my time.

_Daisy Jones_ wasn’t bad. It just didn’t do anything for me.

wonderful summer read submitted by ldibble on July 30, 2021, 4:34pm The format was delightful and new, allowing insight into how different perspectives can come into play in interpersonal relationships and our understanding of ourselves and our world. The story is engaging and you may find yourself "forgetting" that this is fiction - the band does not exist as the characters develop and the history unfolds.

Fleetwood Mac? submitted by kath on August 16, 2021, 11:55pm Is this the story of Stevie Nicks? This book was supposed to be really great - and . . . was just a just ok. The sort of story of FleetwoodMac Stevie Nicks but not really. Meh. 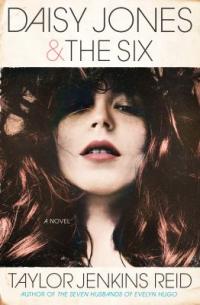