Excellent submitted by MaggieCupcakes on May 29, 2019, 4:10pm Great cast in a well-told eye-opener.

the Supreme presidency submitted by kencza on July 2, 2019, 1:40am A power grab and run with it, ignore the other branches of government and feed the war machine, that sums up the plot.
Outstanding performances by Bale, Amy Adams, Steve Carell, and Sam Rockwell. The drive of Lynne Cheney is emphasized as is the figurehead presidency of George W. The good ol' boy network that exists in both parties is exposed for what it is....not that we did not already know. I like "Veep" more than I did this movie but it did serve to remind us to view our leadership with an independent eye and don't just buy the party line.

informative submitted by yufamily on July 29, 2019, 9:01pm It's scary to watch someone with so much power carrying out dangerous ideas. 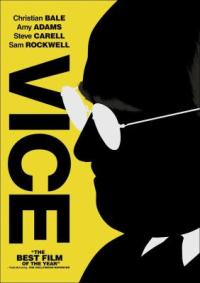