"A novel of rare emotional power that excavates the social intricacies of a late-summer weekend -- and a lifetime of buried pain. Almost everything about Wallace, an introverted African-American transplant from Alabama, is at odds with the lakeside Midwestern university town where he is working toward a biochem degree. For reasons of self-preservation, Wallace has enforced a wary distance even within his own circle of friends -- some dating each other, some dating women, some feigning straightness. But a series of confrontations with colleagues, and an unexpected encounter with a young straight man, conspire to fracture his defenses, while revealing hidden currents of resentment and desire that threaten the equilibrium of their community"-- Provided by publisher.

Perhaps overdone submitted by sVfGI7Glt2pz7GZgVB90 on July 7, 2020, 12:50pm A young black, gay student studying biochemistry is at variance with his predominately white Midwestern university city. He still carries his upsetting childhood memories though. What follows are conflicts with colleagues and a surprising encounter with a classmate.

This is the writer's debut work, and in his objective of exploring race, sexuality and yearning, he seems to get overly colorful in his language and uses everything he had ever thought of into every sentence. Not veering has to be poetic. Also rambles on in parts.

There's so much promise in the storyline, but the writing has too many tangential offshoots.


Works outside of the lab submitted by avandeusen on July 17, 2021, 10:55am The personal interactions of the main character are captivating and meaningful, but whenever the setting shifts to the research lab, it feels like Taylor needs to over-explain scientific concepts that really don't matter to the story, which drags it down a bit. 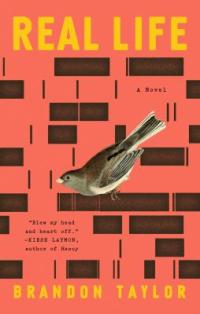