"A powerful new novel from the Whiting Award-winning author of Loner and The Love Song of Jonny Valentine. In 1996, the unnamed narrator in Teddy Wayne's Apartment is attending the MFA program at Columbia on his father's dime and living in an illegal sublet of a rent-stabilized apartment. Feeling guilty about his good fortune, the narrator offers his spare bedroom--rent-free--to Billy, a handsome, talented classmate from a working-class family in the Midwest, who is attending Columbia on scholarship. As the semester progresses, the narrator's rapport with Billy develops into a friendship he hasn't had over a lifetime of holding acquaintances at arm's length. But the close quarters and power imbalance of their living arrangement breed tensions that neither man could predict. In elegant prose that interrogates the Clinton-era origins of today's most sensitive and resonant issues--the spectrums of gender and sexuality, the clash between coastal liberalism and heartland conservatism, socioeconomic identity and privilege--Apartment is a gutting portrait of one of New York's many lost, disconnected souls"-- Provided by publisher.

Surprising submitted by avandeusen on July 17, 2021, 10:56am Just the right level of plot and character development. Some of the characters' actions seem implausible for a book so rooted in reality. 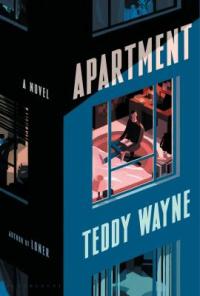