Originally broadcast as single episodes of a television program in 2016.
"ABC."
Wide screen.
Phoebe Waller-Bridge, Olivia Colman, Brett Gelman, Andrew Scott, Hugh Skinner.
Fleabag is a hilarious and poignant window into the mind of a dry-witted, sexual, angry, grief-riddled woman, as she hurls herself at modern living in London.
DVD, wide screen.

An "Emperor's New Clothes" series submitted by GJBarnett2 on March 22, 2020, 11:05am Meaning that because "everybody says it's so good, it must be." Isn't. Forced myself to watch 2 of 6 episodes, then took a shower. Uninteresting and unsympathetic protagonist. But well-titled. Too much shock effect and "breaking the 4th wall." How did this ever get made?

The more you watch, the harder it is to watch submitted by sgenster on September 1, 2022, 4:53pm It’s not funny. It’s not shocking. It tries desperately to be both. I watched the first few episodes to give it a chance. In the end, I watched all 12 episodes (season 1 & 2), but each episode felt more & more like an endurance test, that you just want to be over. The episodes are short, that’s a plus. Going into it knowing there were only 12 episodes made it more palpable to count down how many episodes remained before it was finally over. 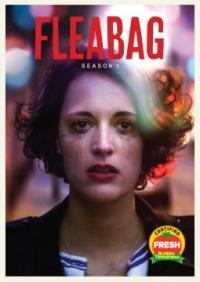