Autumn, 2015 -- Childhood, 1982-1994 -- Adolescence, 1995-2000 -- Early adulthood, 2001-2011 -- Marriage, 2012-2015 -- 2016.
"The runaway bestseller that helped launch Korea's new feminist movement, Kim Jiyoung, Born 1982 follows one woman's psychic deterioration in the face of rigid misogyny. In a small, tidy apartment on the outskirts of the frenzied metropolis of Seoul, Kim Jiyoung-a millennial "everywoman"-spends her days caring for her infant daughter. Her husband, however, worries over a strange symptom that has recently appeared: Jiyoung has begun to impersonate the voices of other women-dead and alive, both known and unknown to her. Truly, flawlessly, completely, she became that very person. As she plunges deeper into this psychosis, Jiyoung's concerned husband sends her to a psychiatrist, who listens to her narrate her own life story-from her birth to a family who expected a son, to elementary school teachers who policed girls' outfits, to male coworkers who installed hidden cameras in women's restrooms and posted the photos online. But can her doctor cure her, or even discover what truly ails her? Rendered in eerie prose, Kim Jiyoung, Born 1982 announces the arrival of a major international writer"-- Provided by publisher. 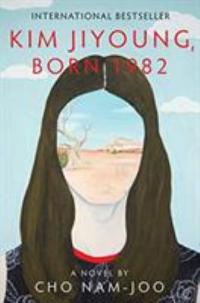