Birds of Prey : : (And the Fantabulous Emancipation of one Harley Quinn) 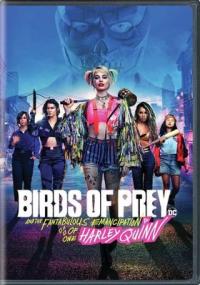