"From the New York Times bestselling author of Jonathan Strange & Mr Norrell, an intoxicating, hypnotic new novel set in a dreamlike alternative reality. Piranesi's house is no ordinary building: its rooms are infinite, its corridors endless, its walls are lined with thousands upon thousands of statues, each one different from all the others. Within the labyrinth of halls an ocean is imprisoned; waves thunder up staircases, rooms are flooded in an instant. But Piranesi is not afraid; he understands the tides as he understands the pattern of the labyrinth itself. He lives to explore the house. There is one other person in the house-a man called The Other, who visits Piranesi twice a week and asks for help with research into A Great and Secret Knowledge. But as Piranesi explores, evidence emerges of another person, and a terrible truth begins to unravel, revealing a world beyond the one Piranesi has always known. For readers of Neil Gaiman's The Ocean at the End of the Lane and fans of Madeline Miller's Circe, Piranesi introduces an astonishing new world, an infinite labyrinth, full of startling images and surreal beauty, haunted by the tides and the clouds"-- Provided by publisher.

Phenomenal submitted by severian on July 1, 2021, 12:15pm The best book I read during the pandemic (and weirdly suited for it). Clarke doesn’t waste a word— the story is absorbing and masterful. Read it!

I got reeled into the story submitted by mollybshire on March 29, 2022, 12:26pm I found the beginning of the book to be a bit tedious in it's descriptions of the halls and statues and not much else. But I'm glad I stuck with it, I had a hard time putting it down after some of the mysteries of the story began to show up. I very much wanted to know what would happen next! Would recommend.

If you like puzzles you will like this book submitted by himaja2 on June 20, 2022, 3:43pm Like other reviews have mentioned, the beginning can be hard to get through because it's so confusing. Keep at it -- I promise you won't regret it. This book is a revelation.

Strange and Beautiful submitted by AMR on July 5, 2022, 1:28pm If you can stick through the disorientation of the beginning (which I loved), you'll be rewarded with a gloriously odd tale as immersive as any Clarke has created. Such a delightful fantasy/mystery.

Captivating Standalone Fantasy submitted by Meginator on August 1, 2022, 3:15pm I’m really glad that my book club chose this, because I don’t think I would have read it otherwise. A surreal journey through an endless house bounded only vertically by oceans and clouds, the book straddles the lines between fantasy and reality while gently asking big questions about the nature of reality and the power of science and belief. The unreliable narration allows the reader to gradually piece together bits of the story just ahead of the narrator, adding an additional layer to the book’s questions about what knowledge means. Yet for all of its philosophical aspects, the book itself is a relatively slim, neatly contained story that holds its mysteries close and invites both quick and deep readings. It’s the perfect book to jumpstart a conversation, but it is also successful as a fully absorbing solo journey into a beautifully imagined world adjacent to the one we call home.

Ethereal and Beautiful submitted by JR2571 on August 11, 2022, 4:16pm Just a masterclass in both worldbuilding and editing; it’s such an interesting setting but it only shows itself in service of the story. Phenomenal. 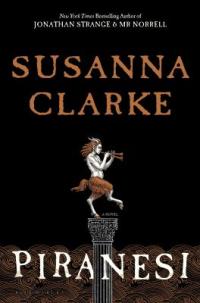