"This book is the winner of the 2019 Donald Hall Prize for Poetry, awarded by the Association of Writers and Writing Programs (AWP)"--Verso t.p.
Poems.
"Priest's debut collection, Horsepower, is a cinematic escape narrative that radically envisions a daughter's waywardness as aspirational. Across the book's three sequences, we find the black-girl speaker in the midst of a self-imposed exile, going back in memory to explore her younger self--a mixed-race child being raised by her white supremacist grandfather in the shadow of Churchill Downs, Kentucky's world-famous horseracing track--before arriving in a state of self-awareness to confront the personal and political landscape of a harshly segregated Louisville. Out of a space that is at once southern and urban, violent and beautiful, racially-charged and working-class, she attempts to transcend her social and economic circumstances. Across the collection, Priest writes a horse that acts as a metaphysical engine of flight, showing us how to throw off the harness and sustain wildness. Unlike the traditional Bildungsroman, Priest presents a non-linear narrative in which the speaker lacks the freedom to come of age naively in the urban South, and must instead, from the beginning, possess the wisdom of 'the horses & their restless minds''--Provided by publisher. 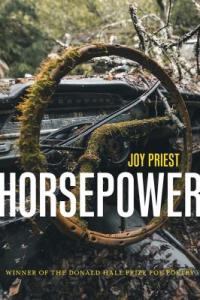