"The astonishing sequel to The Sympathizer, winner of the 2016 Pulitzer Prize in Fiction, The Committed follows the "man of two minds" as he comes to Paris as a refugee. There he and his blood brother Bon try to escape their pasts and prepare for their futures by turning their hands to capitalism in one of its purest forms: drug dealing. No longer in physical danger, but still inwardly tortured by his reeducation at the hands of his former best friend, and struggling to assimilate into a dominant culture, the Sympathizer is both charmed and disturbed by Paris. As he falls in with a group of left-wing intellectuals and politicians who frequent dinner parties given by his French Vietnamese "aunt," he finds not just stimulation for his mind but also customers for his merchandise-but the new life he is making has dangers he has not foreseen. Both literary thriller and brilliant novel of ideas, The Committed is a blistering portrayal of commitment and betrayal that will cement Viet Thanh Nguyen's position in the firmament of American letters"-- Provided by publisher. 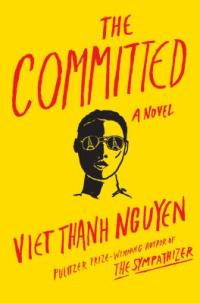