Consumed by Revenge submitted by kencza on June 13, 2021, 12:03am A captivating and well acted film, Carey Mulligan is superb as Cassie who is on a mission to right wrongs that
destroyed her best friend and profoundly changed her life as well. As she systematically confronts everyone involved
while getting involved with a love interest, eventually the wheels come off and mayhem ensues. The ride to the conclusion is full of surprises and brings a feeling of something less than sanity and a well thought out ending.


Just watch Jennifer's Body submitted by Carrot27 on June 27, 2021, 4:59pm Every actor, excluding Carey Mulligan, is wasted on these flat, boring characters. The whole movie is spectacularly contrived. There's a weird pointless montage in the middle that nearly made me quit. Nothing happened until the end, which seemed specially designed to make the victims, not the victimizers, uncomfortable.

I can't go into as much detail as I'd like, because I really do not want to be banned from the library website, but if you want to watch a movie about the toxic way our society treats young women, just watch Jennifer's Body 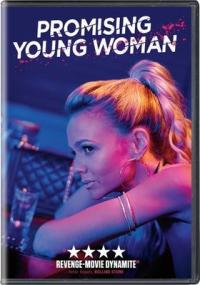