Parks, Arlo. CD - 2021 CD Rock Parks Collapsed 1 On Shelf No requests on this item Community Rating: 3 out of 5 A Strong Debut submitted by Meginator on July 22, 2021, 8:47pm This album has a unique and refreshing point of view, as Arlo Parks draws on spoken word, soul, r&b, and rap traditions to fashion a musical identity all her own. The vibe is generally low-key, but the songs are so good that they demand (and reward) the listener’s attention. Given that this is a debut album, I hope that this is only the beginning of a long career for her. 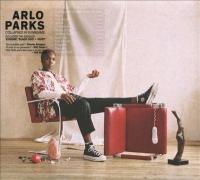