"Disruption is about radical change-why it happens and how. Drawing on case studies ranging from the fourth century AD through the twentieth century, we look at how long-established systems of government and thought are challenged, how new institutions are created and new ideas become powerful. While paying attention to the underlying political, intellectual, economic and environmental sources of social disruption, we will see that no matter what similarities there might be between forces that shake different societies, these underlying factors do not dictate specific outcomes. The human actors are ultimately the most important, their decisions drive the conclusions that we see over time. Through our case studies we can explore successful and unsuccessful decision making, and the emergence of the ideas that conditioned human actions. We'll explore the development of Islam and of Christian doctrine, of constitutional thought, of socialism and social Darwinism. We'll look at how these ideas, all of them emerging on the fringes of society became central. We'll also have our eyes set on whether the sorts of disruptive forces we've seen in the past are present at this time, we'll look at the issues confronting the liberal democracies that have been the dominant political/economic forces on our planet in the last half century and see how they have come under stress in the last few decades and look at the possibility that we're facing a new period of disruption and at what we can learn from the past about how change can be constructive rather than destructive"-- Provided by publisher. 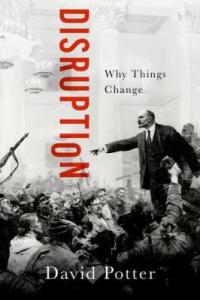