My Heart Can't Beat Unless you Tell it to Originally released as a motion picture in 2020.
Ingrid Sophie Schram, Patrick Fugit, Owen Campbell.
Dwight and his sister Jessie reach a crossroads over what to do about their younger brother Thomas' mysterious illness. The increasingly dangerous task of keeping him alive weighs heavy on sensitive Dwight, and as a fiercely private and close-knit family unit, Thomas and Jessie depend on him and the rituals€they've€learned in order to keep their secret. Dwight yearns for another life, but Jessie will stop at nothing to keep her family together.
Blu-ray; requires Blu-ray player. 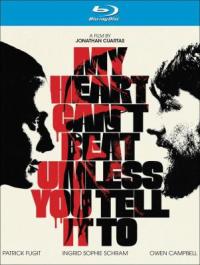