Local history.
The Stooges were formed in 1967 in Ann Arbor, outside Detroit. They created three classic albums between 1969 and 1973: The Stooges, Fun House and Raw Power. Despite a lack of commercial success, the band attracted a small, devoted following and laid a musical foundation that would influence generations of artists. The Stooges' music was raw, primal, exciting, and the unique, but it was the compelling stage presence of the band's singer, Iggy Pop, that made them legendary. Stooges' performances were unpredictable, with the singer inciting audiences to react and making it impossible for them to remain complacent. He was passionate, fearless and, at times, expressed himself in genuinely frightening ways, performing self-mutilation, stage dives, crowd surfing and rushing into the audience to confront hecklers or spontaneously interact with anyone offstage who struck his fancy. Iggy tore down the barriers that traditionally existed between audience and performer, forcing the audience to become part of the overall performance. But by 1974, he was locked into an orbit of self-annihilation and drug abuse which led, ultimately, to the demise of the band in February of that year. This book explores, in depth, all the concerts the Stooges played 1967-74, bringing the live experience to life through eyewitness accounts, press reports and other source materials, to present an unprecedented account of the Stooges' performances during this period. 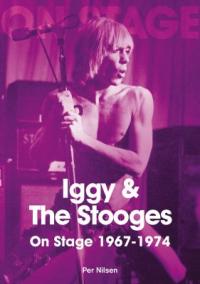