Hymns of the Huron "When it comes to Hymns of the Huron, Kat said '…these are folk guitar songs, with a modern edge to them. I wanted it to be a classic album, and one that conveyed the stories of love, desire, and human feeling by staying true to the openness of the songs.'

Up to this point, Kat had written, performed, and recorded as a solo artist, but a full band breathed life into her new songs, manifesting a 'folk-rock' aesthetic but also adding 'some grungy, atmospheric touches' with nuanced distortion and reverb. Musically, she wanted to combine the primary stylistic influences that have stayed with her since childhood, bridging folk and rock.

The lyrics are heavily influenced by Kat’s reflections on her family’s Midwestern German Lutheran heritage, and on the set of cultural values she inherited from earlier generations of her family. She says that Hymns of the Huron is meant to be a collection of healing songs that recognize the “shadow side” of our personalities." – Jeff Milo, Current Magazine 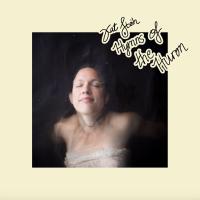