“Walk For Me” is a contemporary coming out story set in present day New York City. Hassan Kendricks is a conflicted teenager torn between his devotion to his single mother and his desire to be himself. When his mother, Andrea, finds women’s underwear and a flyer to a Gay Ball in her son’s bedroom, she decides to track Hassan down and confront him about his decisions.

Arriving at the ball, Andrea only finds a shock: under the wing of his adoptive gay mother, Paris Continental, Hassan has assumed the identity of Hanna. Andrea is confronted by a choice — deny her own son or accept her child for who she really is.

Elegance Bratton is an award winning photographer, filmmaker, public thinker, and author. He is a 2012 Humanity in Action Senior Fellow. His book Bound by Night is shortlisted for the Kassel 2014 photo-book award. His work has been published in Vice, GayLetter, The Fader, and Another mag.

His film Pier Kids: The Life has been featured on ABC NEWS, Huffington Post, and Out Magazine. He served in the United States Marine Corps as a combat camera. His a graduate of Columbia University with a degree in African American Studies, and a Master’s candidate in Tisch School of the Arts for directing and writing. 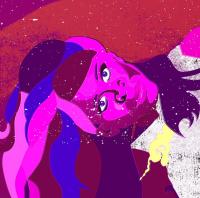