The 60th Anniversary of the Polio Vaccine in Ann Arbor 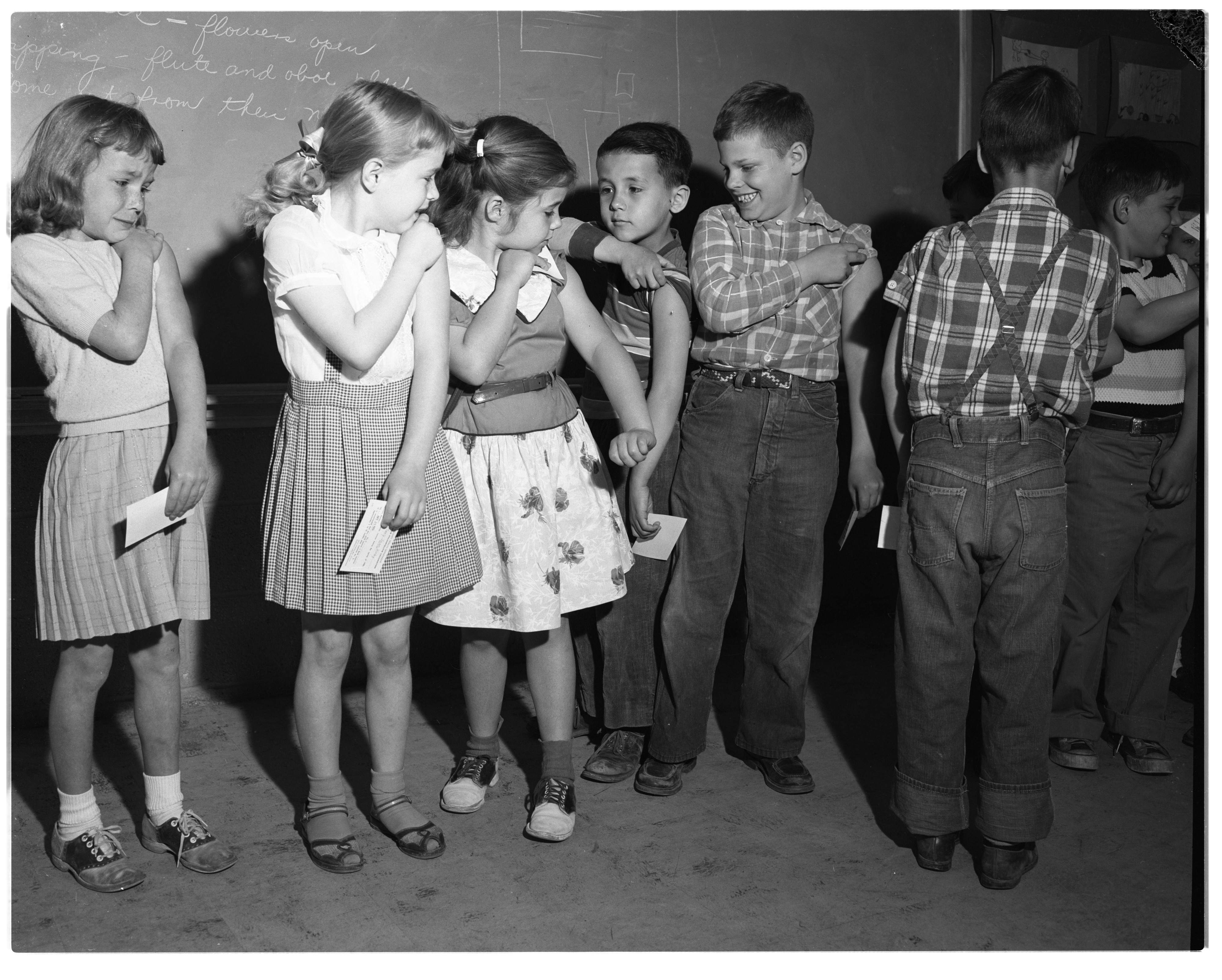 60 years ago, the announcement of the success of the Salk polio vaccine took place right here in Ann Arbor. This momentous announcement followed one of the largest peacetime mobilization of volunteers in American history to undertake the 20th century's greatest public health experiment. Like many other community newspapers, the Ann Arbor News documented the determination of its citizens to fight polio, with feature stories on the afflicted and the swirl of local fundraising efforts to raise awareness, find a cure, and vaccinate area children. Local historian Grace Shackman has written a feature story on Polio in Ann Arbor for our Oldnews site, pulling together dozens of articles and photographs on the history of polio in our community and the announcement of the polio vaccine on April 12, 1955.

Join us on the 60th anniversary, Sunday, April 12, for a special discussion at the Downtown Library with Dr. David Oshinsky, Director of the Division of Medical Humanities, NYU School of Medicine, Professor of History, and author of the Pulitzer prize-winning Polio: An American Story.

ouch. needles. not that

ouch. needles. not that they're not worth it. you know, for what they provide sometimes. like not getting polio. for instance.

Sad that some anti vaxxers

Sad that some anti vaxxers have rekindled some of these deadly diseases.
TBB