It's Only Rock & Roll

The hugely popular British rock band The Rolling Stones were banned from the United States because they got into so much trouble during their 1966 tour here. WHOOPS. Three years later, they were allowed to return and embarked on an epic 1969 tour playing arenas all over the country. This tour was referred to as "the benchmark of an era," and shows would often last for over THREE HOURS. That's a lot of rock music! Let's take a look at everything that happened during this wild tour!

This badge has been awarded to 468 players

For Clue 1, its technically…

For Clue 1, its technically the city adjacent to the one housing the venue.

This tour also had its dark…

This tour also had its dark moments.

I'm inexplicably stumped on the third clue. I'm 99% sure I have the right singer (B* K***) but only 8 results come up for him and none of them have the code. Help?

@kelleyc, this is a catalog…

@kelleyc, this is a catalog glitch on our part! If you put periods after the singer’s initials in his first name, the catalog results are different and the code will show up in the first few results. You do have the correct singer. Hope this helps, and sorry about that!

For the last clue, I've been…

Hi @mcreader, You don’t need to add “The Rolling Stones in Concert.” But you do need to make sure that “your” is spelled “yer” as it is in the album title, and you do need the apostrophe in the second “ya’s.” The code is actually in the record for “Get Yer Ya Ya’s Out!” Hope this helps. 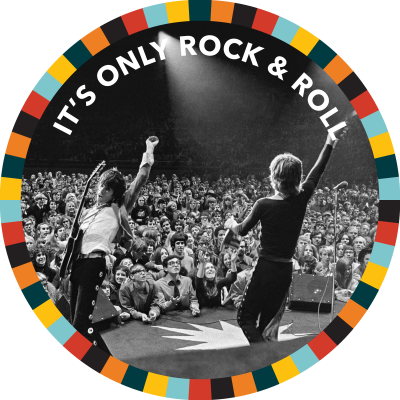