ONE...TWO...THREE...FOUR...FIVE...Five codes all together!!! AH, ah, aaaah!!! *BOOOMCKKSSHCKKSSHHHKSSH* Woah. Was that THUNDER??? And lighting? Accompanying a thickly-accented voice which was counting the number of codes in this badge??? It must be THE COUNT!!! The Count Von Count, that is! The Count must be the friendliest, most mathematically inclined, monocle-wearing, lavender-colored muppet on the planet. His character isn't scary, but he is based on actor Bela Lugosi's portrayal of the vampire Dracula. Search for Bela Lugosi in the catalog to find code #1!

This badge has been awarded to 1263 players 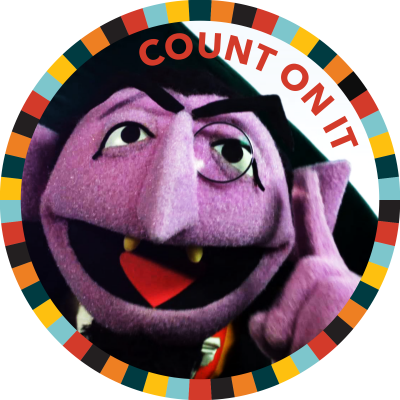