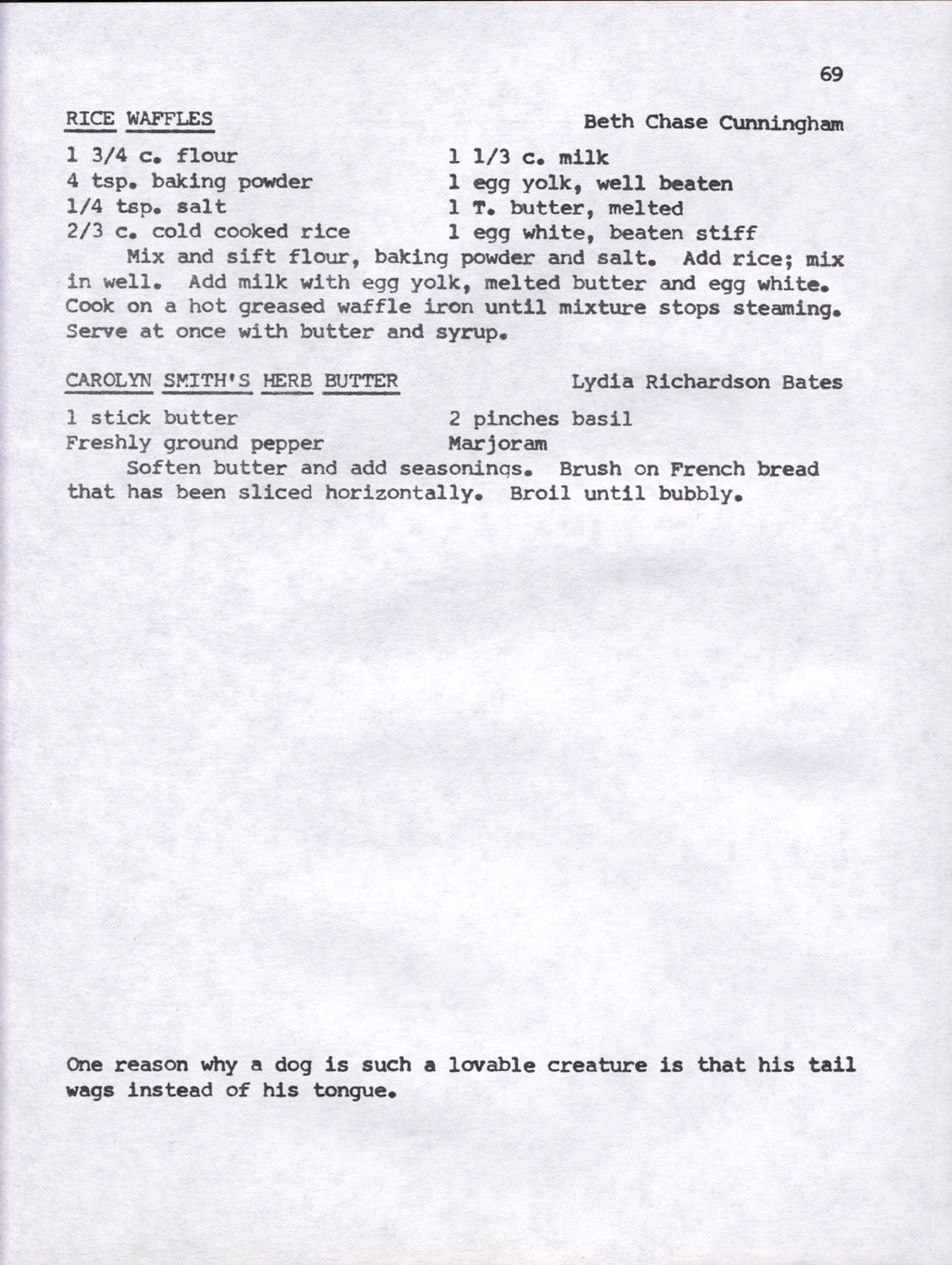 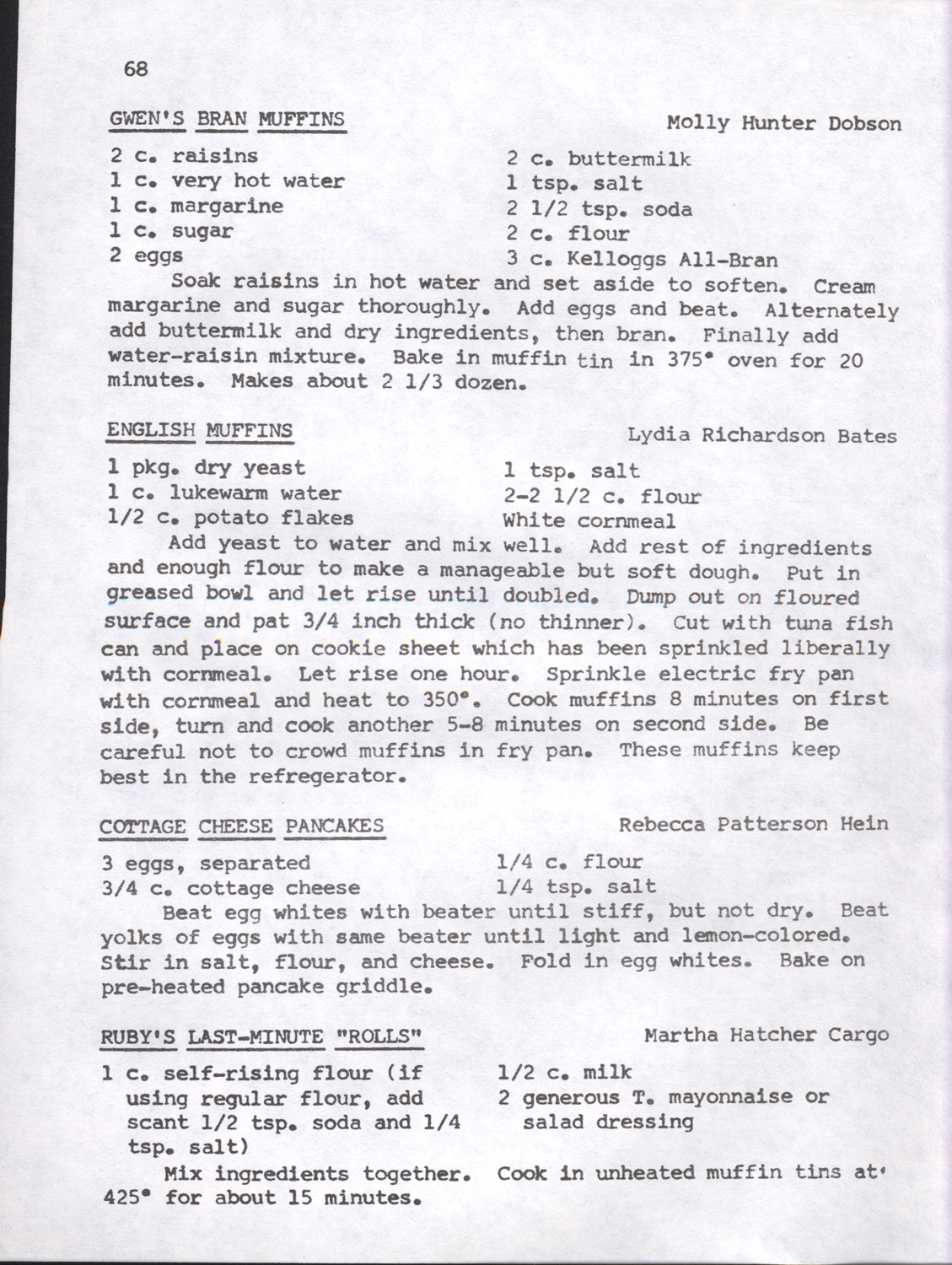 Beat egg whites with beater until stiff, but not dry. Beat yolks of eggs with same beater until light and lemon-colored. Stir in salt, flour, and cheese. Fold in egg whites. Bake on pre-heated pancake griddle. 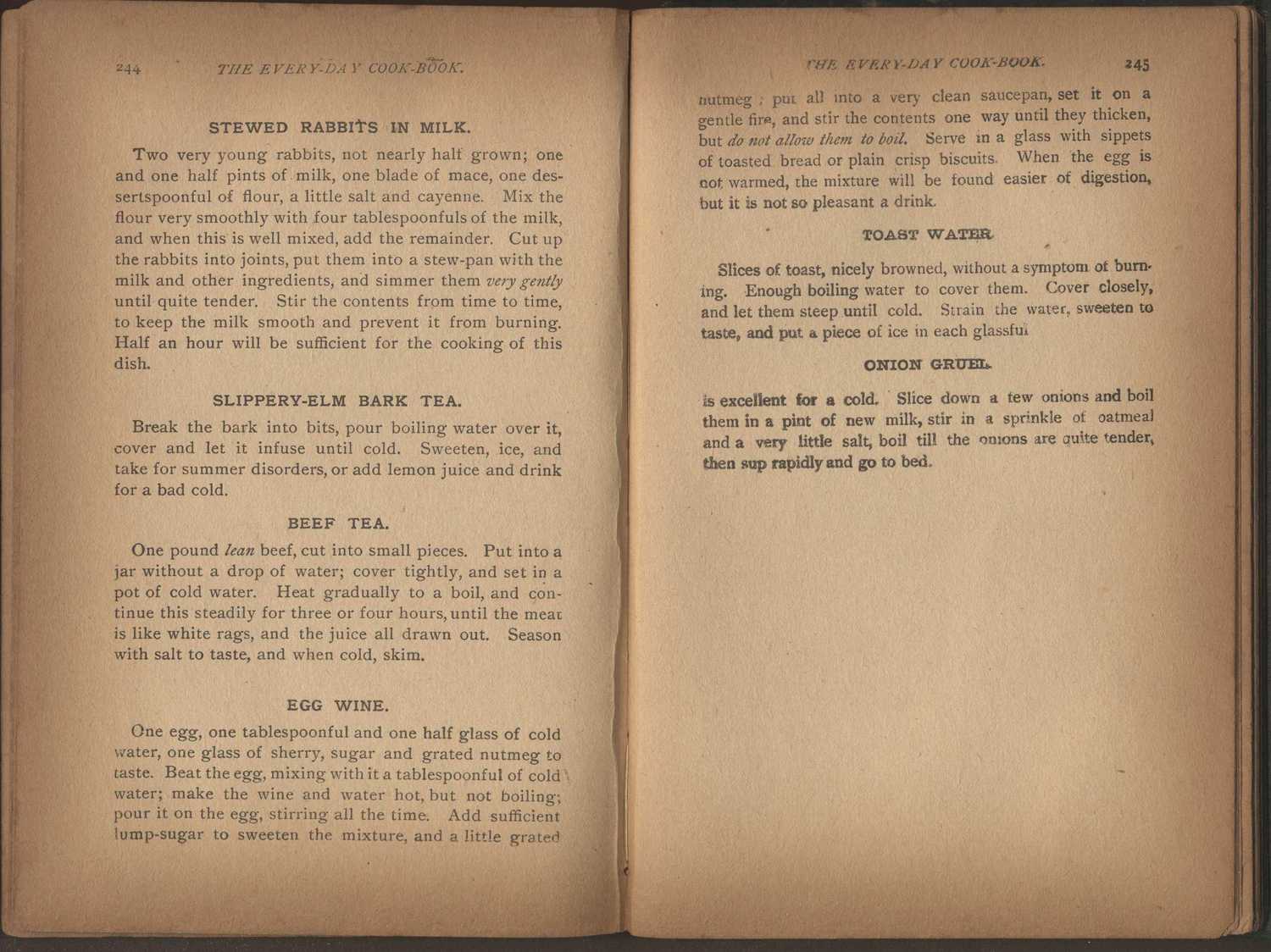 Is excellent for a cold. Slice down a few onions and boil them in a pint of new milk, stir in a sprinkle of oatmeal and a very little salt, boil till the onions are quite tender, then sip rapidly and go to bed. 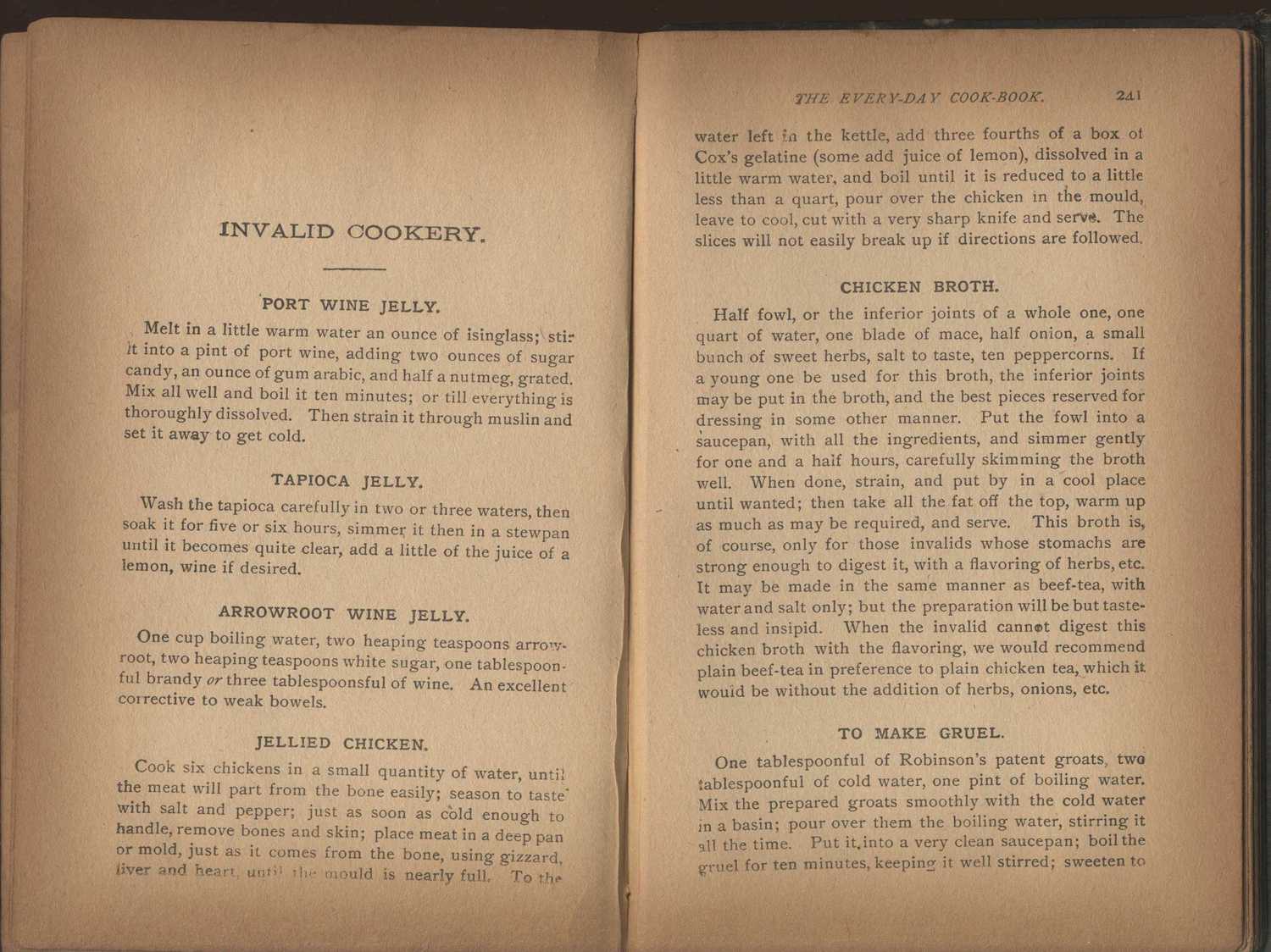 One tablespoonful of Robinson's patent groats, two tablespoonful of cold water, one pint of boiling water. Mix the prepared groats smoothly with the cold water in a basin; pour over them the boiling water, stirring it all the time. Put it into a very clean saucepan; boil the gruel for ten minutes, keeping it well stirred; sweeten to taste, and serve. It may be flavored with a small piece of lemon-peel, by boiling it in the gruel, or a little grated nutmeg, may be put in; but in these matters the taste of the patient should be consulted. Pour the gruel in a tumbler and serve. When wine is allowed to the invalid, two tablespoonful of sherry or port make this preparation very nice. In cases of colds, the same quantity of spirits is sometimes added instead of wine. 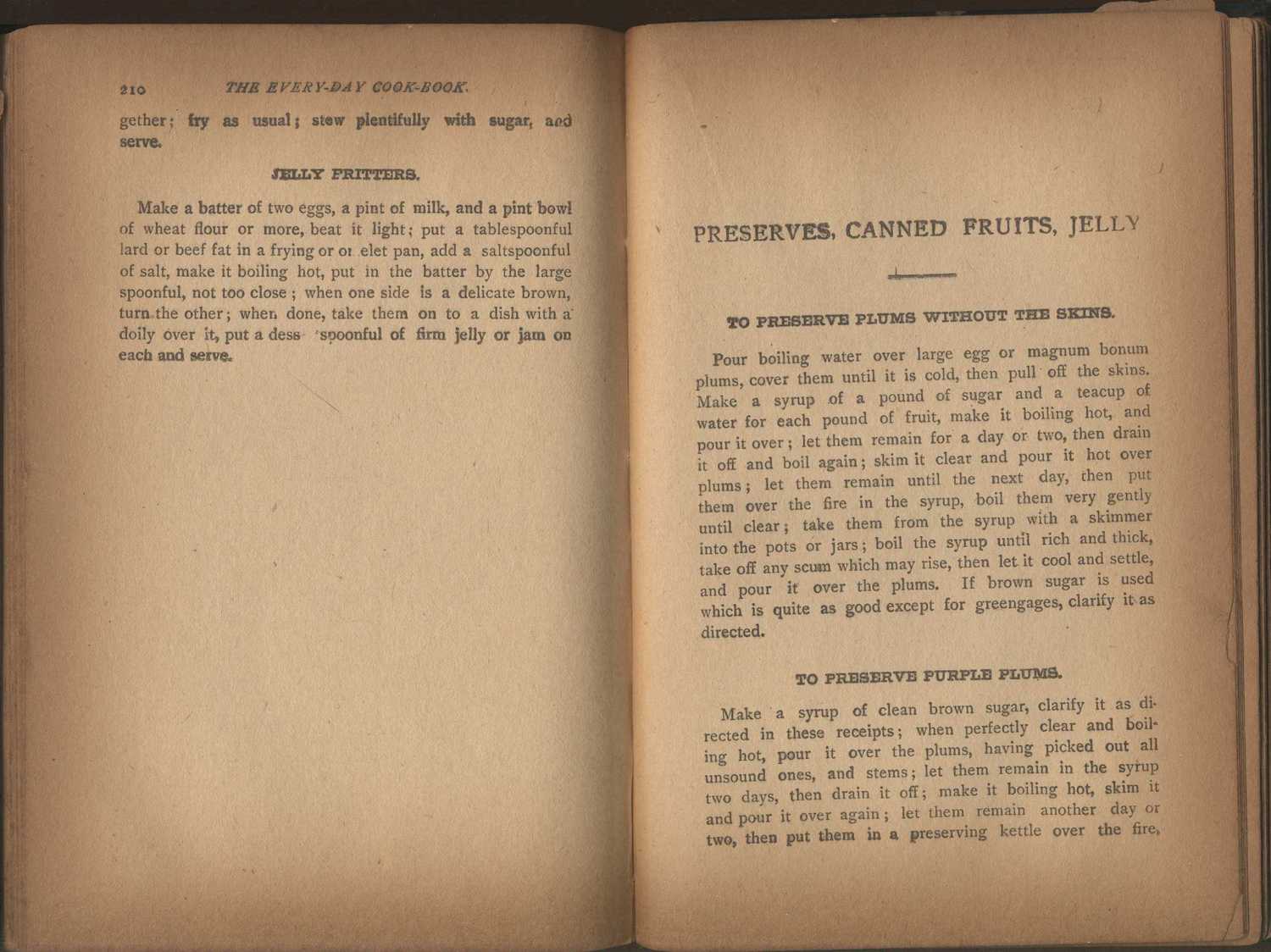 Make a batter of two eggs, a pint of milk, and a pint bowl of wheat flour or more, beat it light; put a tablespoonful lard or beef fat in a frying or omelet pan, add a salt spoonful of salt, make it boiling hot, put in the batter by the large spoonful, not too close; when one side is a delicate brown, turn the other; when done, take them on to a dish with a doily over it, put a dessert spoonful of firm jelly or jam on each and serve.

Boil a tablespoonful of oatmeal for 3/4 of an hour, then put it through a strainer. If too thick, reduce with boiling water to desired consistency. Season with salt.

Moisten a pint of flour with a couple of ounces of cold water. Make it into a ball and tie it up tightly in a strong cloth. Slightly dampen the cloth, sprinkle it with flour and boil it hard for 10 hours. Then take off the cloth and let the ball dry in a slow oven for 10 hours more. Grate 2 teaspoonfuls from the dry ball, mix with cold water to a smooth paste and stir it into half a pint of boiling milk. Simmer about 3 minutes and sweeten. This is considered especially good for children while teething. 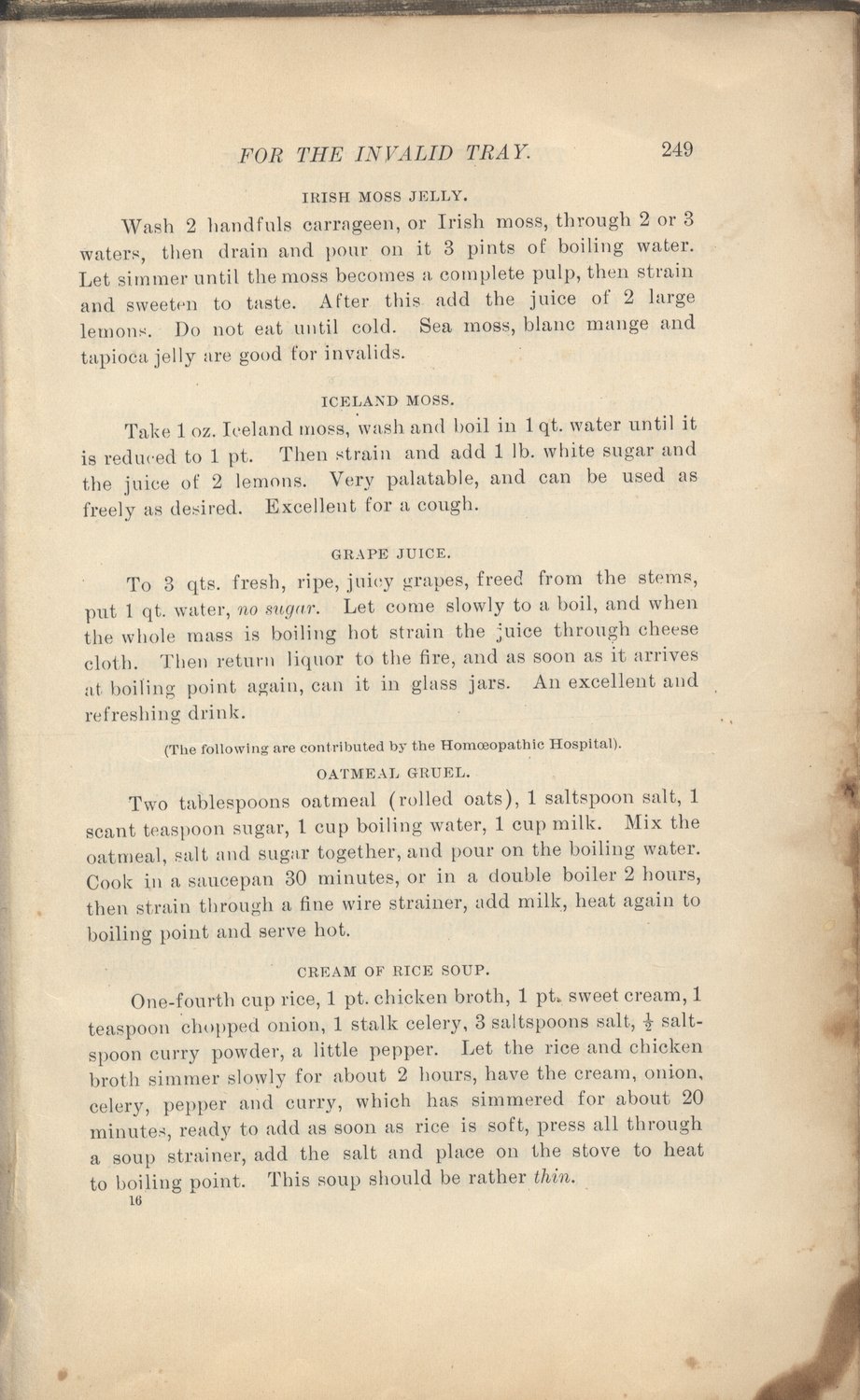 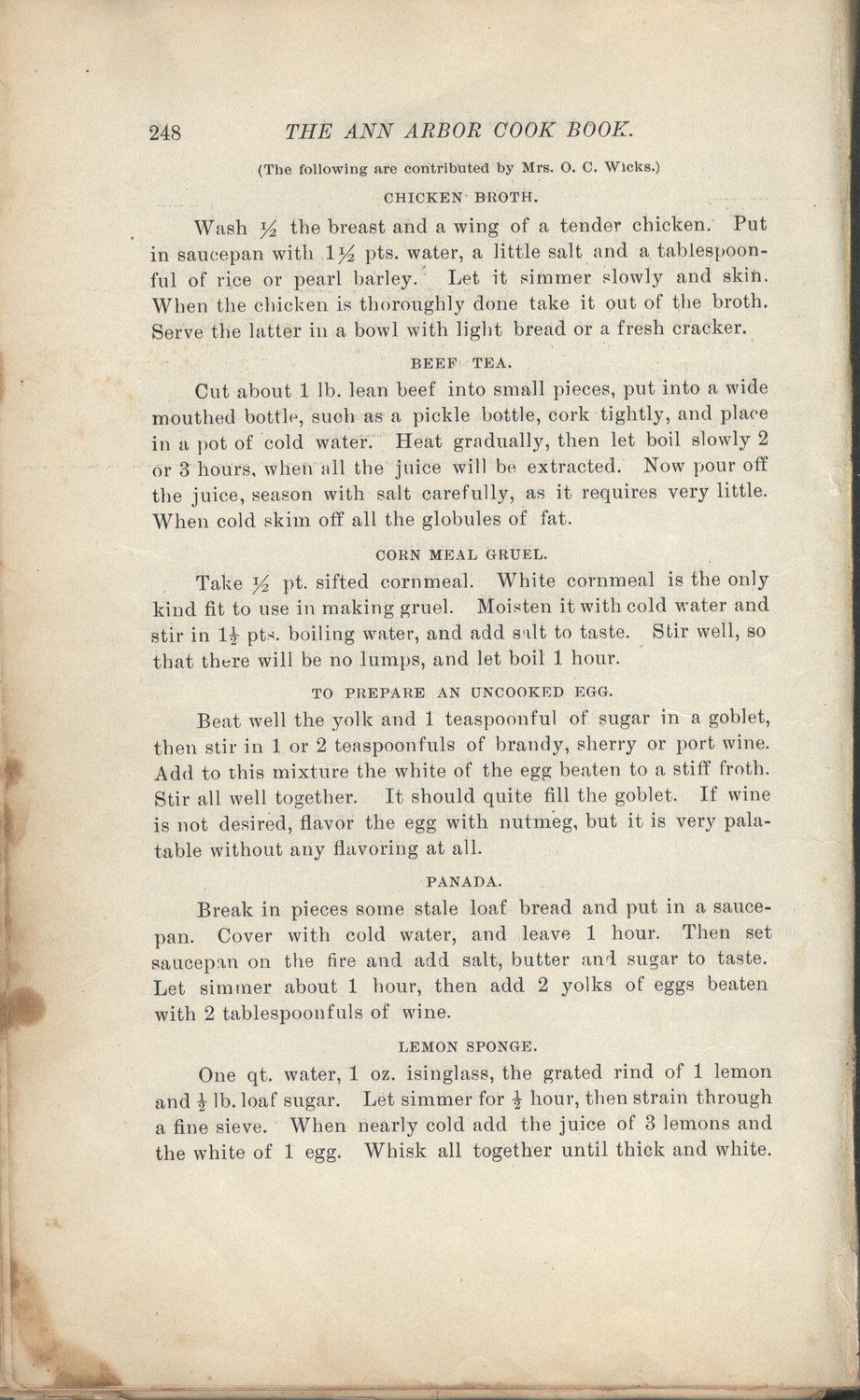 Take 1/2 pt. sifted cornmeal. White cornmeal is the only kind fit to use in making gruel. Moisten it with cold water and stir in 1 1/2 pts. boiling water, and add salt to taste. Stir well, so that there will be no lumps, and let boil 1 hour. 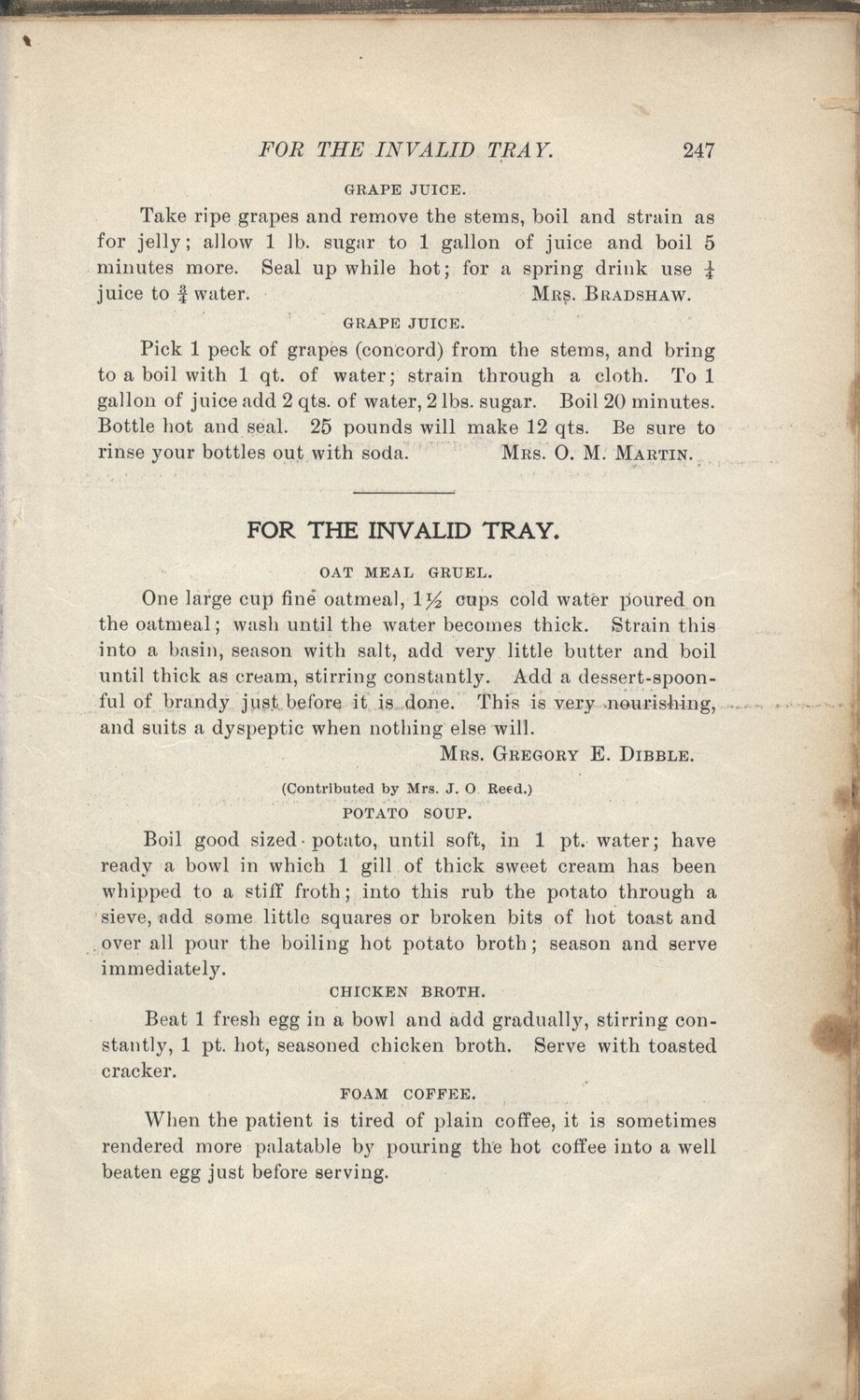 One large cup fine oatmeal, 1 1/2 cups cold water poured on the oatmeal; wash until the water becomes thick. Strain this into a basin, season with salt, add very little butter and boil until thick as cream, stirring constantly. Add a dessert-spoonful of brandy just before it is done. This is very nourishing, and suits a dyspeptic when nothing else will.