TO MAKE ICING FOR CAKES 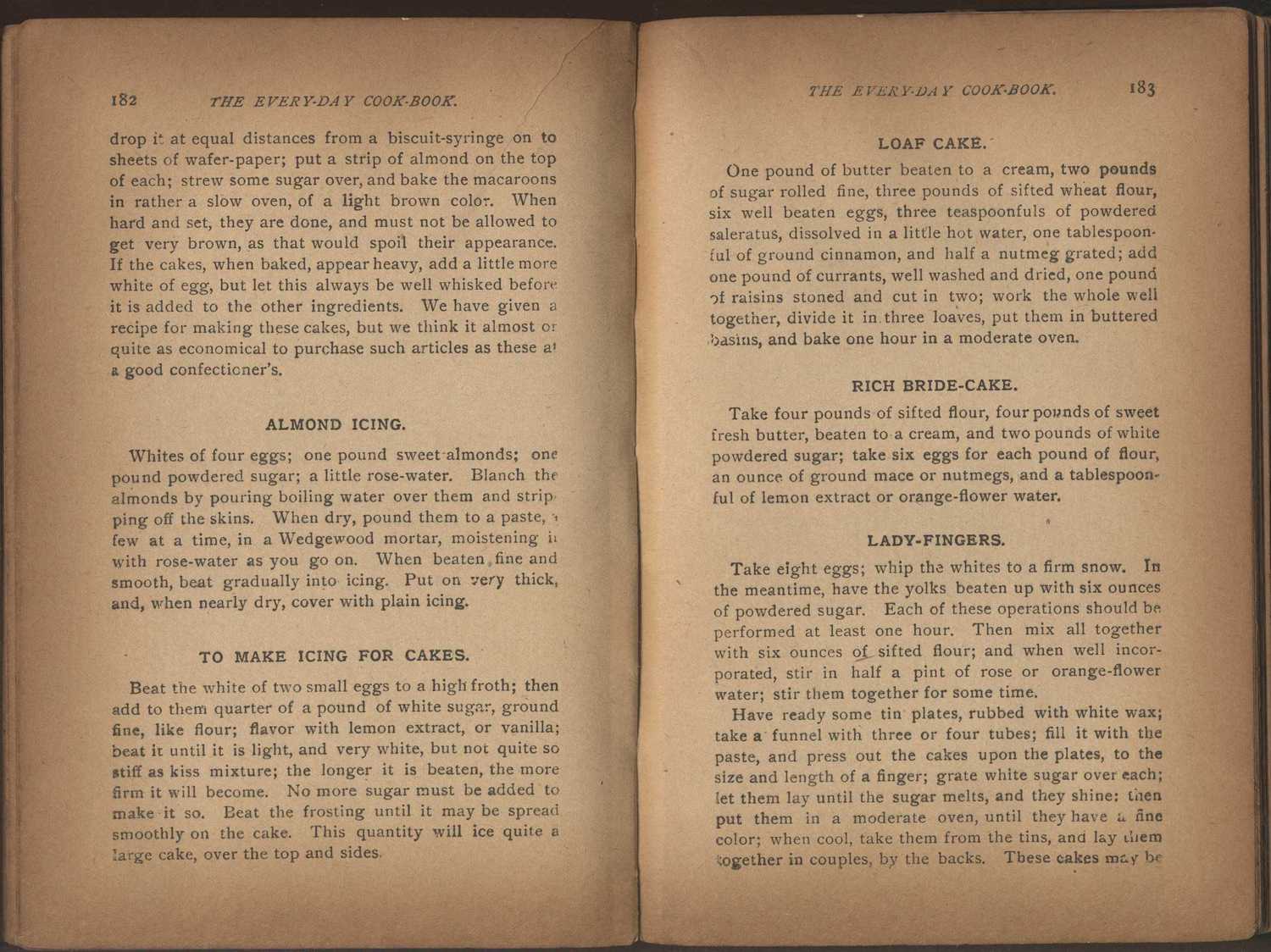 Beat the white of two small eggs to a high froth; then add to them quarter of a pound of white sugar, ground fine, like flour; flavor with lemon extract, or vanilla; beat it until it is light, and very white, but not quite so stiff as kiss mixture; the longer it is beaten, the more firm it will become. No more sugar must be added to make it so. Beat the frosting until it may be spread smoothly on the cake. This quantity will ice quite a large cake, over the top and sides.

Whites of four eggs; one pound sweet almonds; one pound powdered sugar; a little rose-water. Blanch the almonds by pouring boiling water over them and stripping off the skins. When dry, pound them to a paste, a few at a time, in a Wedgewood mortar, moistening it with rose-water as you go on. When beaten fine and smooth, beat gradually into icing. Put on very thick, and, when nearly dry, cover with plain icing. 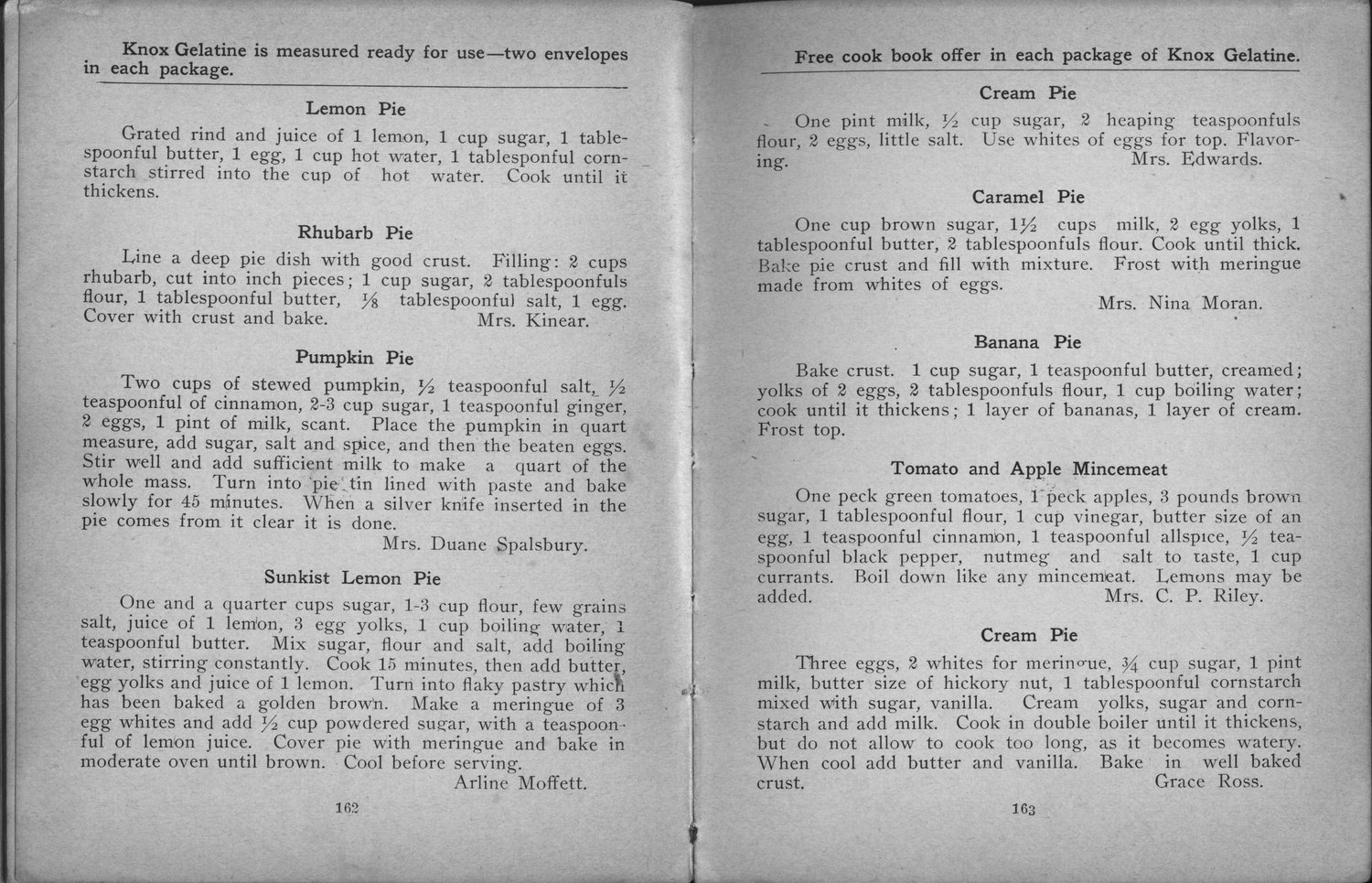 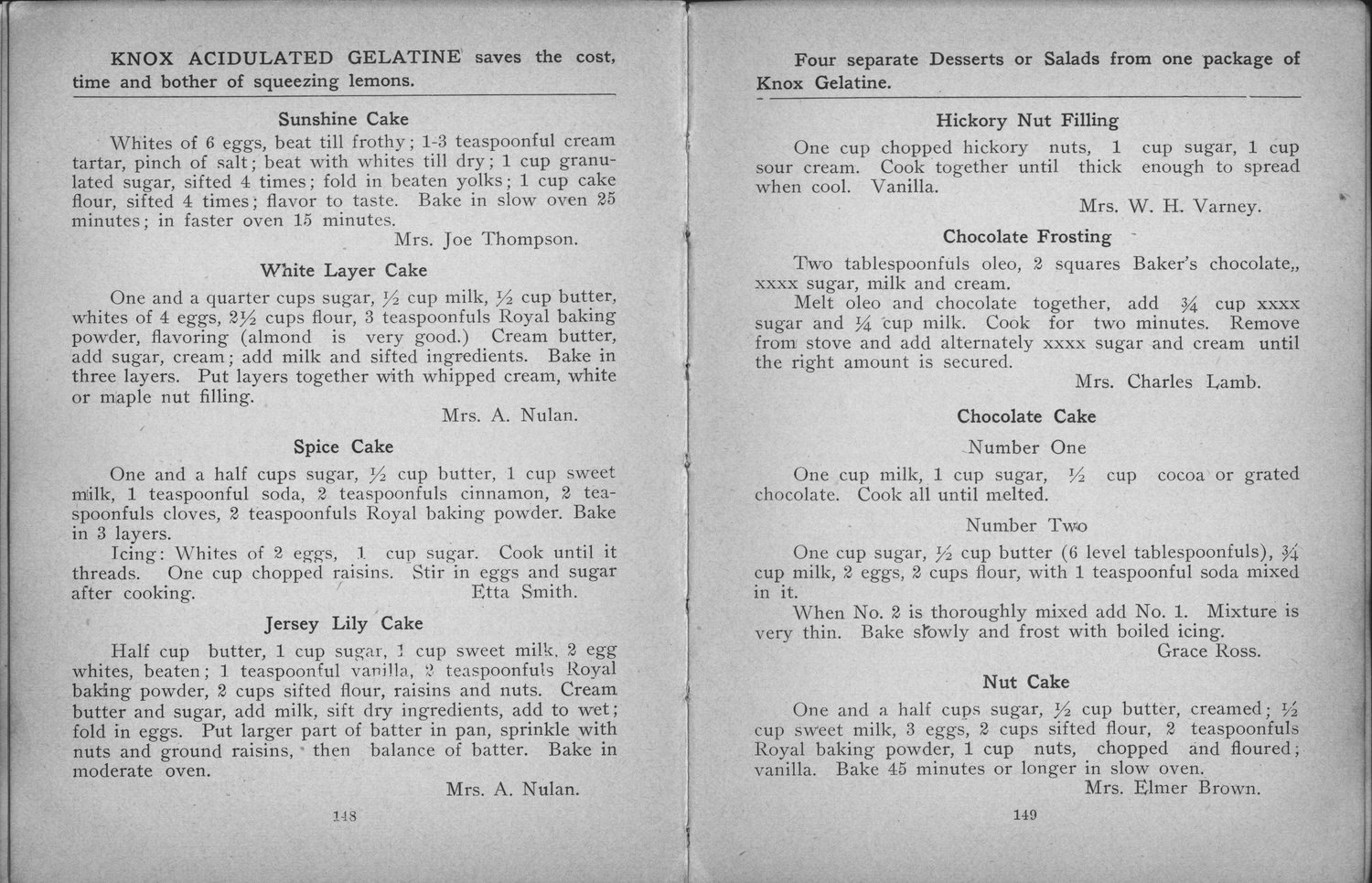 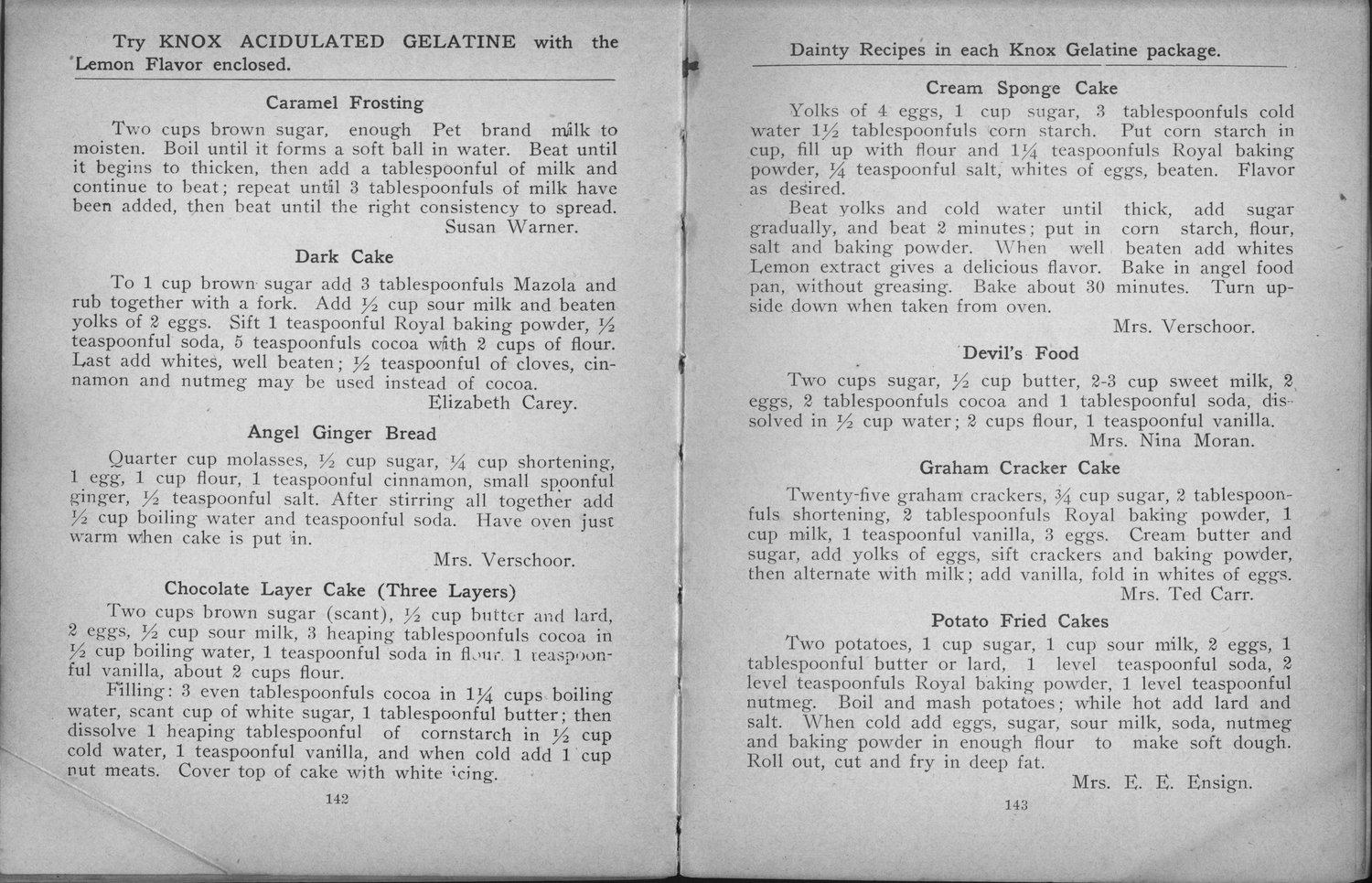 Two cups brown sugar, enough Pet brand milk to moisten. Boil until it forms a soft ball in water. Beat until it begins to thicken, then add a tablespoonful of milk and continue to beat; repeat until 3 tablespoonfuls of milk have been added, then beat until the right consistency to spread.

One cup sugar, white of 1 egg, 1/4 teaspoonful cream of tartar, 1 tablespoonful cold water; add water to white of egg; beat stiff. Add 1 tablespoonful sugar to beaten egg; add a little water to rest of sugar; put on stove, stir until it begins to boil. Boil until syrup threads. Pour syrup on egg and beat until ready to spread on cake (not cold). Flavor: Broken nut meats may be added. Very good.

One cup sour cream, 1 cup brown sugar, 1 cup nut meats. Boil all together until thick; when cool, spread on cake.