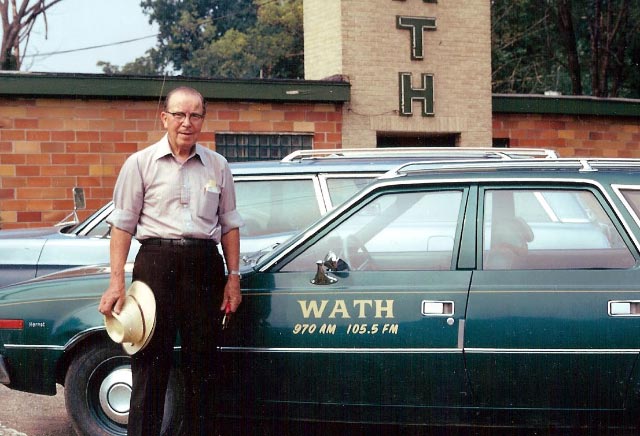 Much admired Fred A. and Miriam F. Palmer purchased Athens, OH radio station WATH AM/FM in 1973. Fred became well known for his daily radio commentary entitled "Just Thought You'd Like to Know;" the popularity of his observations in part earned him the honor of becoming the 43rd person inducted into the National Association of Broadcasting Hall of Fame in 1985. It was my pleasure to work for Mr. Palmer and his son David at WATH in 1974 while in graduate school at Ohio University. The senior Mr. Palmer always kept the station's hedges trimmed and made sure the flowers were watered, all while wearing his stylish outdoor hat. Fred Palmer passed away in 1995 at the age of 92. A journalism scholarship was endowed in his name at Ohio University.