AADL doesn't just have stuff to stop in, pick up, and borrow: we've also got stuff you can download right to your home computer and keep as long as you want! Just log in with your AADL library card, download, and you're off! AADL's downloads include a variety of types of items:

No Better Time Than Now by Shigeto
Zach Saginaw, aka Shigeto, creates an album centered on the idea of living in the moment, while still respecting the past. "warm, inviting washes of liquid synth sounds, intricate production, jazz-influenced arrangements...imbued with a subtle energy."

Beams by Matthew Dear
Dear's productions "creak and groan like anxious organisms, with slivers of guitar, electric bass, and drum kit darting in and out among the synths and samples"

AADL kicked off its downloadable music collection in 2011 with 1500+ albums from Magnatune, spanning from Vivaldi to Algerian folk to jazz.

Vivaldi Fata Tiganca by Bedzin Ensemble
"Vivaldi Fata Tiganca" means "Vivaldi was a gypsy girl" in Romanian. This album proposes some secular works of Antonio Vivaldi, performed with a gypsy intonation of the orchestra and soloists.

When the Dust Settles by Moh Alileche
With the soul and spirit of Algeria's mountainous region of Kabylia, Moh Alileche has been promoting Amazigh (Berber) culture since the early nineties from West Coast.

Cherry Lake Publishing, based in Ann Arbor, publishes quality, relevant titles for young readers. Whether you're on the hunt for fascinating facts about your favorite dinosaur, searching for craft ideas, or wanting to jump into electronics and programming, the Cherry Lake Publishing collection has plenty to offer.

Spinosaurus by Josh Gregory What was a spinosaurus? What did it look like? How did it live? This book walks readers through all of those basic topics.

Crafting with Duct Tape by Dana Meachen Rau Whether you're looking for something to do on a rainy day or making a personalized gift for a friend, this book will help you create amazing crafts with duct tape!

Arduino by Terence O'Neill & Josh Williams
The Arduino is a small, inexpensive computer that can be used to build and program almost anything you can imagine. Learn about the history of the Arduino and see how makers have put it to use in their inventions. Then, learn how to set up and program your own Arduino devices.

Midwestern Gothic is a quarterly print literary journal out of Ann Arbor, Michigan, dedicated to featuring work about or inspired by the Midwest, by writers who live or have lived here. Midwestern Gothic aims to collect the very best in Midwestern writing in a way that has never been done before, cataloging the oeuvre of an often-overlooked region of the United States ripe with its own mythologies and tall tales. MG Press is an extension of Midwestern Gothic — an independent book publisher devoted to publishing a small number of titles each year.

Midwestern Gothic: Spring 2011 — Issue 1 This first issue of the literary journal is packed with strong writing from and about the midwest, including work by Anna Clark and Roxane Gay.

Ghost Country
In John McCarthy’s debut collection, lifetimes are spent traveling in pickup trucks across the Midwest, exploring spaces between love and its imperfect manifestations. Ghost County drives blue-collar back roads and guides readers through personal meditations about heritage, loss, and the desire to reimagine the past and future.

Poisoned Pen Press, an independent publisher whose titles consistently receive positive and starred reviews from trade publications and the general press, also happens to be one of the largest publishers of hardcover mysteries in the world. This collection is a goldmine for mystery buffs.

Death at Victoria Dock by Kerry Greenwood
Unflappable 1920s flapper Phryne Fisher finds a young man with an anarchist tattoo dying on the tarmac just outside the dock gates. He bleeds to death in her arms. Phryne vows to find out who is responsible, but she doesn’t know how deep she’ll have to go: bank robbery, tattoo parlours, spiritualist halls, and anarchists. But when someone kidnaps her cherished companion, Dot, Phryne will stop at nothing to retrieve her.

A Famine of Horses by P.F. Chisolm
In the year 1592, Sir Robert Carey comes north to Carlisle to take up his new post as Deputy Warden of the West March. He has wangled his appointment to be nearer his true love, a married woman. Rich in atmosphere and packed with vivid characters, this is a romp through roguish courtiers, rival gangs, rustling, treason, and high ambition.

The Sandburg Connection by Mark de Castrique
A simple assignment for private investigator Sam Blackman and his partner Nakayla Robertson: follow Professor Janice Wainwright, who’s suing a surgeon for malpractice, and catch her in activities that undercut her claim. When Wainwright visits Connemara, Carl Sandburg’s home in Flat Rock, N.C., and climbs the arduous trail to the top of Glassy Mountain, Sam believes he has the evidence needed to expose her—until he finds the woman semi-conscious and bleeding. Her final words: “It’s the Sandburg verses. The Sandburg verses.

Eden Springs by Laura Kasischke
This novella incorporates real historical detail as it unravels a fictional mystery involving the House of David religious colony in Benton Harbor, MI in 1903, from their founding, through their creative growth, and as things begin to fall apart from within.

Mapping Detroit: Land, Community, and Shaping a City by June Manning Thomas and Hence Bekkering
Using data from historical maps and urban planners, this book sheds light on how Detroit moved from frontier fort to thriving industrial metropolis to today's high-vacancy city, and examines what may be possible for the city's future.

Travelin' Man: On the Road and Behind the Scenes with Bob Seger by Tom Weschler and Gary Graff
Featuring recollections from Detroit rock icon Seger's tour manager during the 1960s and 1970s, this book recounts Seger's early days, landmark performances, and some of his biggest successes to create a photo-filled biography of the Travelin' Man himself.

AADL also licenses works by great authors so our patrons can find an interesting read even when they don't have time to make it to the library!

Jim Ottaviani
Jim Ottaviani writes graphic novels about the history of science. Learn about the people behind things like the first atomic bomb and learn a little something about the science along the way!

Tristan Gregory
Looking for a great fantasy read? This local fantasy author has books from the epic to short stories to satisfy your thirst for magic and damsels in distress.

Did you know that many of your favorite classics are now in the public domain thanks to the karmic wonder that is expired copyright? Also, some prescient modern authors have released works directly into the public domain. We've selected some of the best for you, so get your Dostoyevsky on!

The Adventures of Sherlock Holmes by Sir Arthur Conan Doyle
Before it was an awesome BBC TV drama it was a series of books chronicling the adventures of a detective bridging the Victorian and Scientific eras. Binge on 12 different mysteries featuring the quintessential English sleuth.

Moby Dick, or The Whale by Herman Melville
If you've never read Moby Dick you no longer have any excuses. That's not to say you won't have reasons, but the book not being on your phone for free won't be one of them.

Pride & Prejudice by Jane Austen
Though it features neither debauchery nor zombies nor Keira Knightleys, the original still has its legions of fans. Grab a copy today and never lack for Miss Bennet.

Jumbo Gnome
Now with 1700% more gnome! At 18 inches tall, this huggable forest dweller is an intermediate project that knits up faster than you’d think, with fun techniques and simple construction. And he’s got a secret: his beard is actually a pocket for hiding little treasures!

Zaru
With a tail this long, a monkey means business! Zaru can swing from the trees, dangle from a bookshelf, or wrap around your wrist and go where you go. Knit him for yourself or for monkey-loving friends of all ages.

Shannon Okey is a fiber artist, author, speaker, and publisher located in Ohio. She runs the publishing venture Cooperative Press, focusing on both digital and print publications. She also owns and operates Knitgrrl Studio, a teaching space and shop in Lakewood, Ohio. Most recently, she’s been writing the expert knitting column for Knitting Today! magazine. AADL is delighted to offer over 35 DRM-free knitting books filled with patterns to keep you knitting all year long!

Knit Accessories: Essentials & Variations by Kate Atherley
Have you ever wanted to be that knitter who can just pick up a skein of yarn and knit it into a great, quick accessory? Whether you're a beginner or a more experienced knitter seeking quick gifts, Kate Atherley gives you all the tools you need to transform a favorite skein into a hat, cowl, scarf, socks, mitts, or legwarmers.

Unique Feet by Laura Lough
There are very few sock patterns available that are more interesting to knit! Hearing this clarion call, the indie dyers at The Unique Sheep asked some of their favorite designers to create unique socks for men, socks that would be both fun to knit and to wear. The 15 sock patterns in this book will appeal to men and women alike.

AADL doesn't just bring you great things created by other people; AADL also brings you original content created right here at the library! AADL works to find people of interest to you and get them talking for our AADL Podcasts. Conversations include local celebrities and personalities, interesting people passing through town, or anyone we find interesting that we think you might too. New episodes are added all the time!

Martin Bandyke Under Covers
Local 107one DJ and all-around music & movie expert Martin Bandyke hosts this podcast that is all about whatever Martin thinks is worth talking about. Under Covers is your chance to hear Martin's full conversations with with people who interest him, from Ray Davies of the Kinks to musician and author Joe Henry.

AADL Talks To
Learn more about the people who make Ann Arbor the community it is, whether they are long-time members of the business community or the types of personalities that stop in for a talk or a concert. AADL Talks To whoever we find interesting, from Blimpy Burger's Rich Magner to former AAPD Chief John Seto to radical poet John Sinclair. 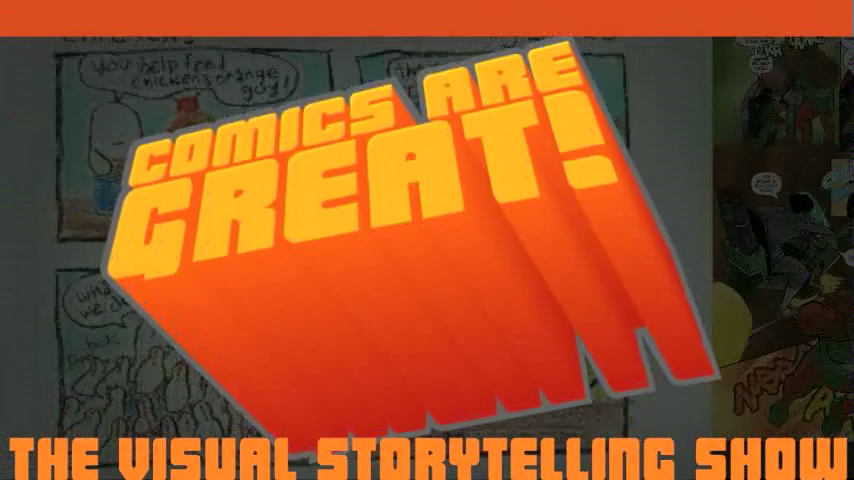 Comics Are Great!
Local comics writer/artist Jerzy Drozd hosts this series of conversations with comics professionals about what they do and what they love. Jerzy talks tools, process, and influences with some of the biggest names in comics today, from Raina Telgemeier to Mark Waid.

This collection of BBC nature documentaries is available for users to stream from AADL.org. It has over 90 titles, including the series Blue Planet, Blue Planet II, and Frozen Planet.

Looking for something to watch? AADL Video on Demand has a variety of options for you, from plays to lectures to historic video. If you missed an event at AADL, or just want to see it again, many events are available in the Video on Demand collection.

Sustainable Ann Arbor
The City and the AADL host this series of events which each focus on a different element of sustainability in our community.