Corner of Detroit and Catherine Streets, circa 1930 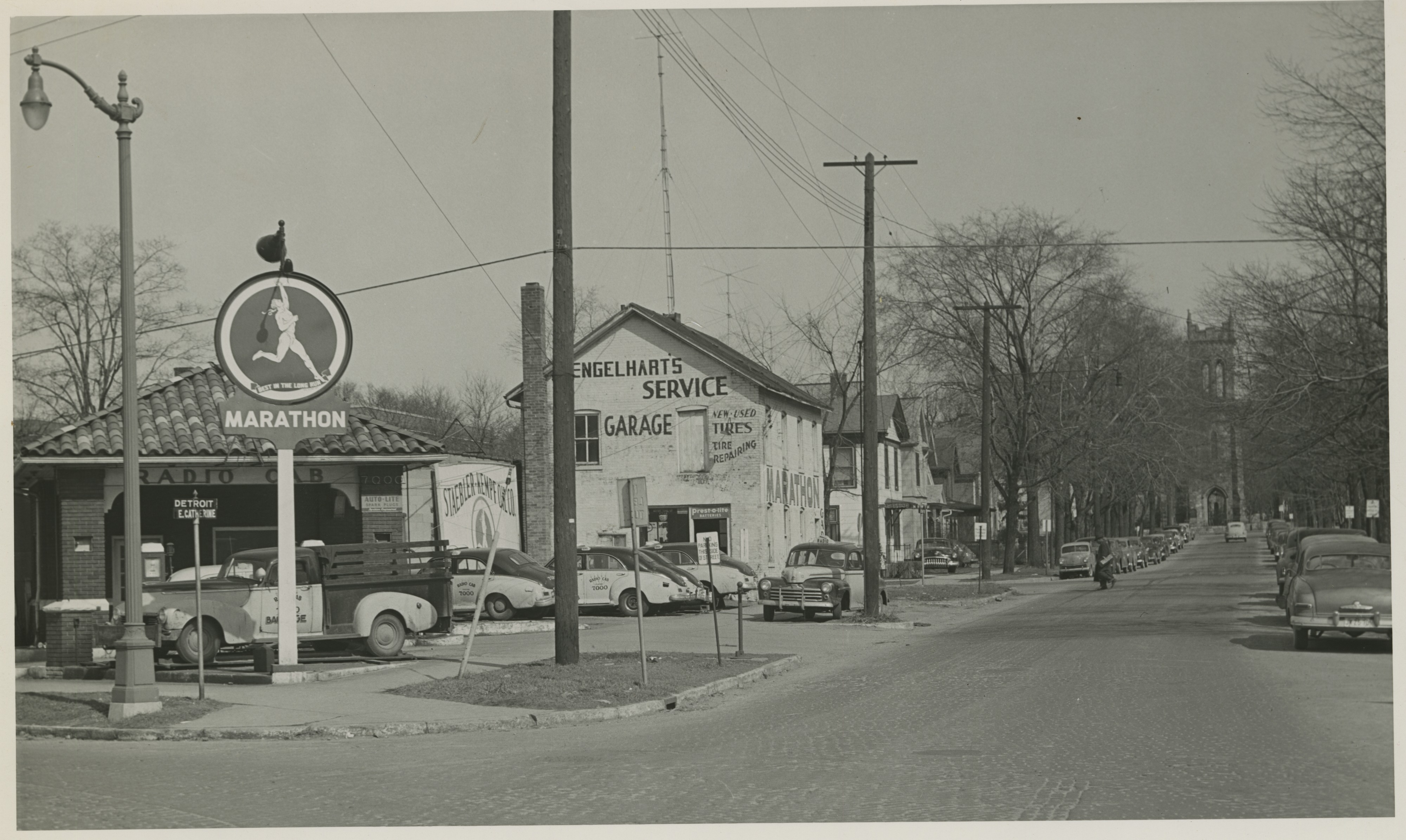 Published In
Ann Arbor News, May 9, 1950
Caption
EAST CATHERINE AT DETROIT -- 1918-1950: Wurster Bros. Creamery in 1918 occupied the site at the northeast corner of N. Fifth Ave. and E. Catherine St. where Radio Cab Co. now has its headquarters. The two pictures emphasize the advance in commercial transportation over the years -- from horse to gasoline power. The photograph at the top was loaned to The Ann Arbor News by Fred H. E. Jaeger, of 519 Pauline Blvd. In the right center of it appears the barn used to stable horses for the milk wagons. After considerable remodeling it became the building which today houses the service garage for the Radio Cab Co. Adjoining on the north is the Beer Vault.
Rights Held By
Donated by the Ann Arbor News. © The Ann Arbor News.
Copyright
Copyright Protected