Cheer your favorite monsters on as they compete in the 2022 O.L.Y.M.P.I.C. Games! As we all know, monsters need encouragement to reach their full potential. Every vote will make it more likely that your chosen monster wins their event, bringing glory to the country they represent.

You can learn more about the countries competing in The Games this year, as well as the monsters representing them, by visiting their pages.

And, of course, come back to this very page to vote in each event and check on which countries are racking up medals. New events and the results of previous events will be posted every Tuesday and Thursday! 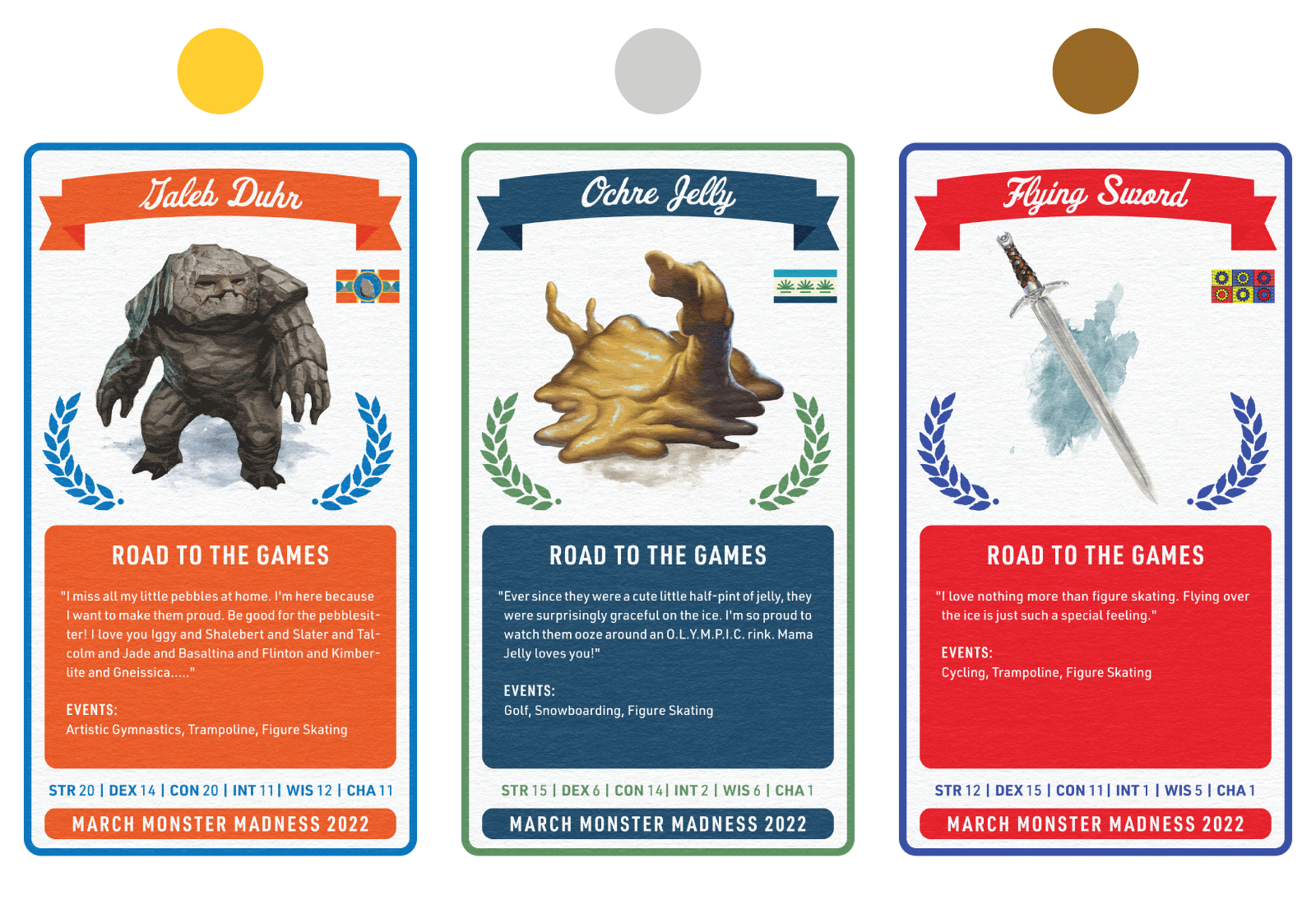 Making the pebbles back home proud, Galeb Duhr took gold with his heartwarming routine to an instrumental version of his country’s anthem “I am a Rock” by Simon & Garfunkel.  Ochre Jelly’s graceful oozing earned them silver.  Mama Jelly could be seen in the crowd wiping away happy tears.  In third place came Flying Sword, who intrigued the judges by skating on their blunt end.

An honorable mention goes to Swarm of Rats, who mid-routine picked up several rat athletes who were separated during the trampoline event.  Unfortunately, the judges ruled that the reunited rats gave the swarm an unfair advantage, thus disqualifying them. 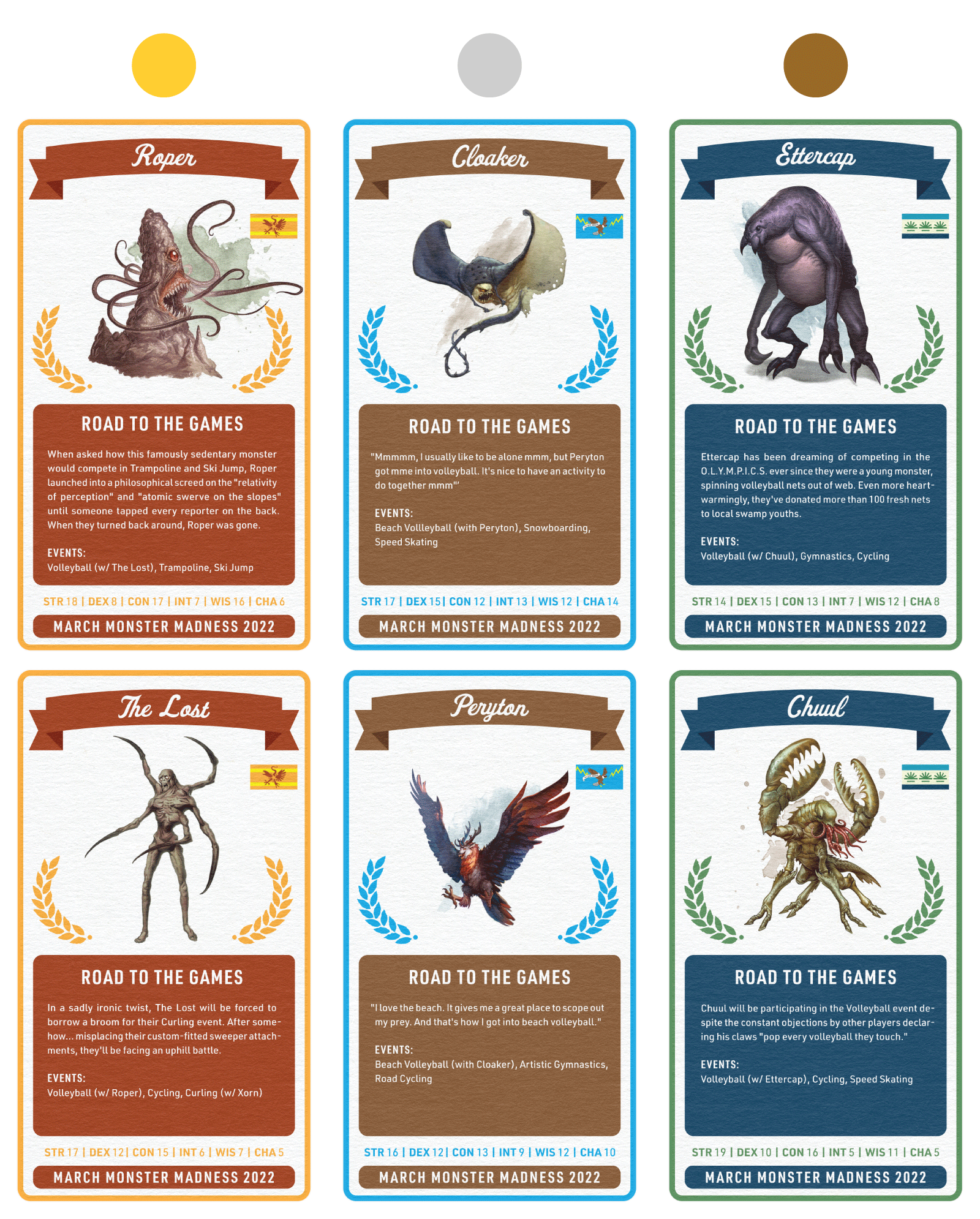 It’s no surprise that the Appendagian team took gold given their bountiful limbs.  The team’s combined 13 arms/tentacles succeeded in keeping the ball out of their court for the entirety of the match.  BFFs Cloaker and Peryton are real aces in float serves, taking many points with their unexpected trajectories and earning them silver.  Chuul competed wearing oven mitts to prevent any volleyballs from being punctured, a move that cost the team gold, but earned the respect of their opponents and the judges.   Ettercap, not needing oven mitts, wore them in solidarity with Chuul in a heartwarming display of camaraderie.

Tune into the Closing Ceremonies on March 25 at 7pm to find out which monster countries took home the gold!

Tune into the Closing Ceremonies to see the final medal count!