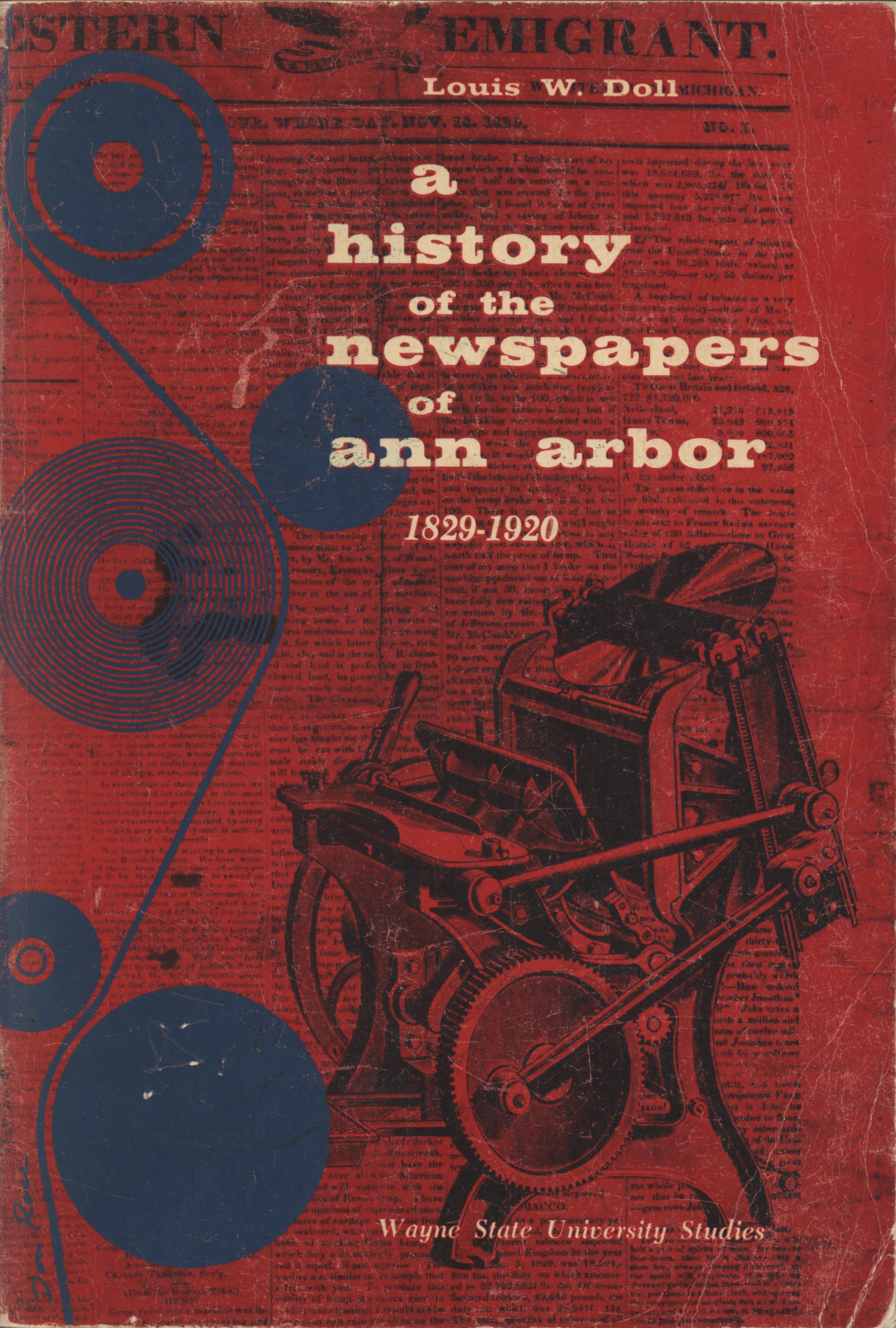 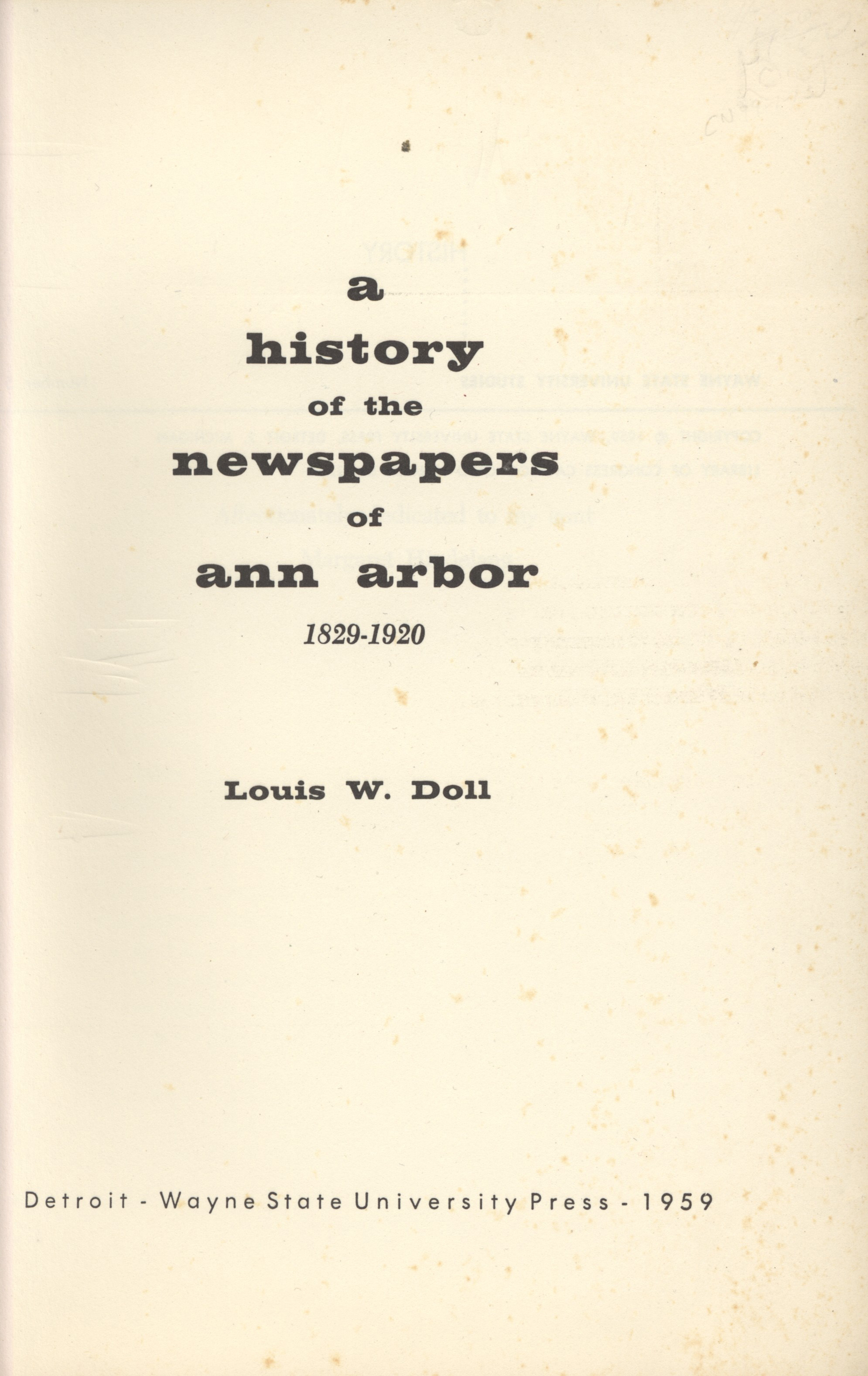 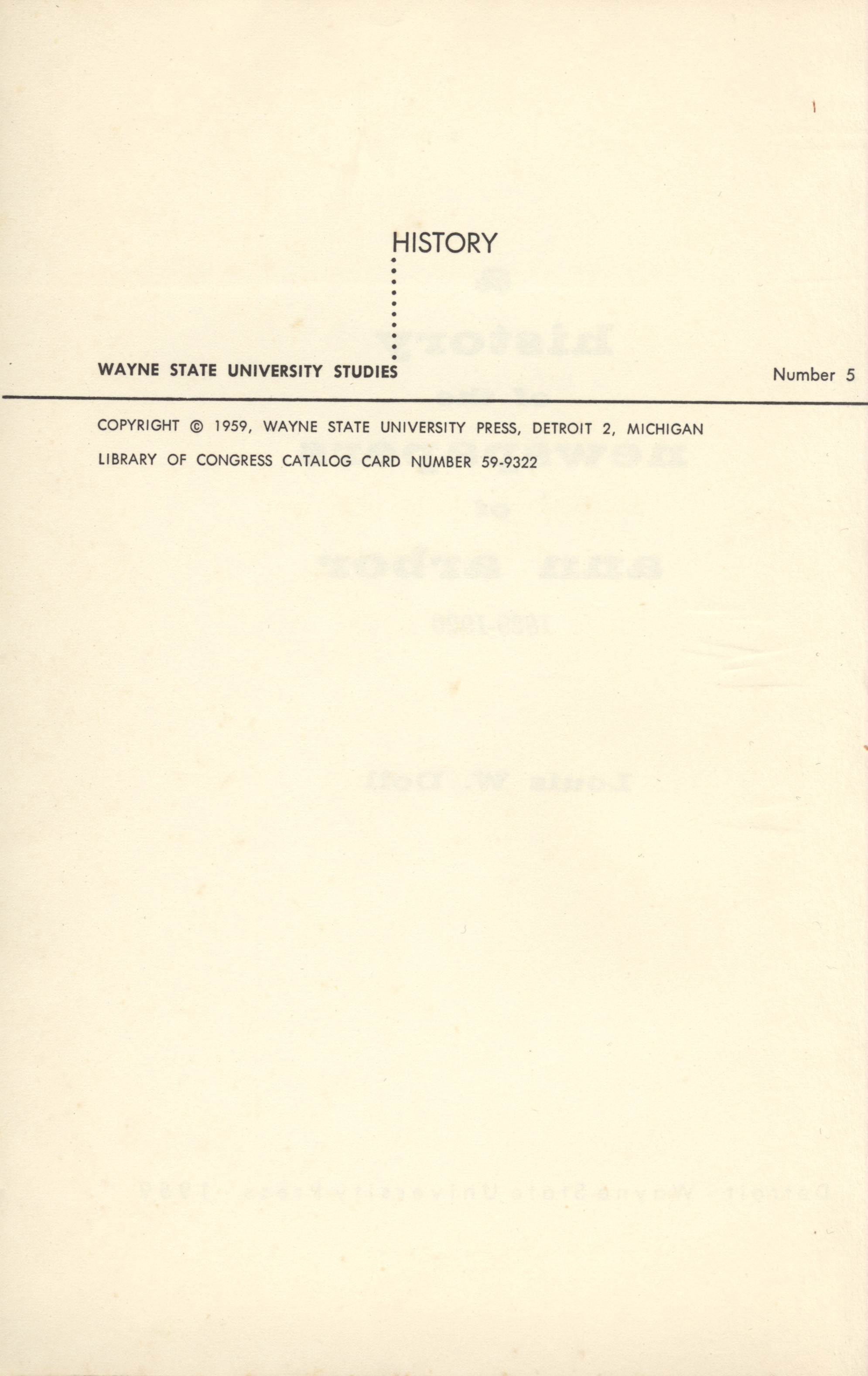 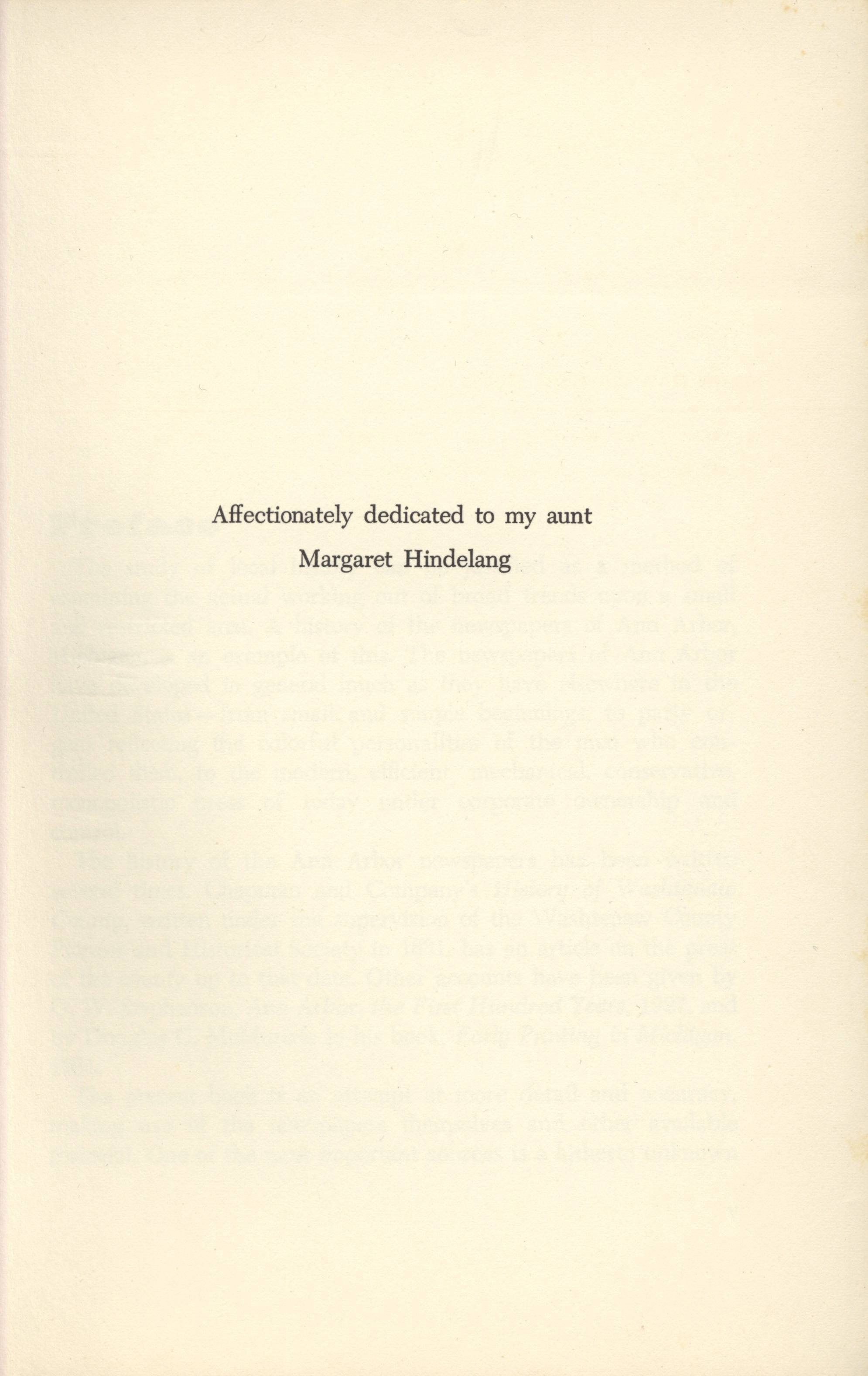 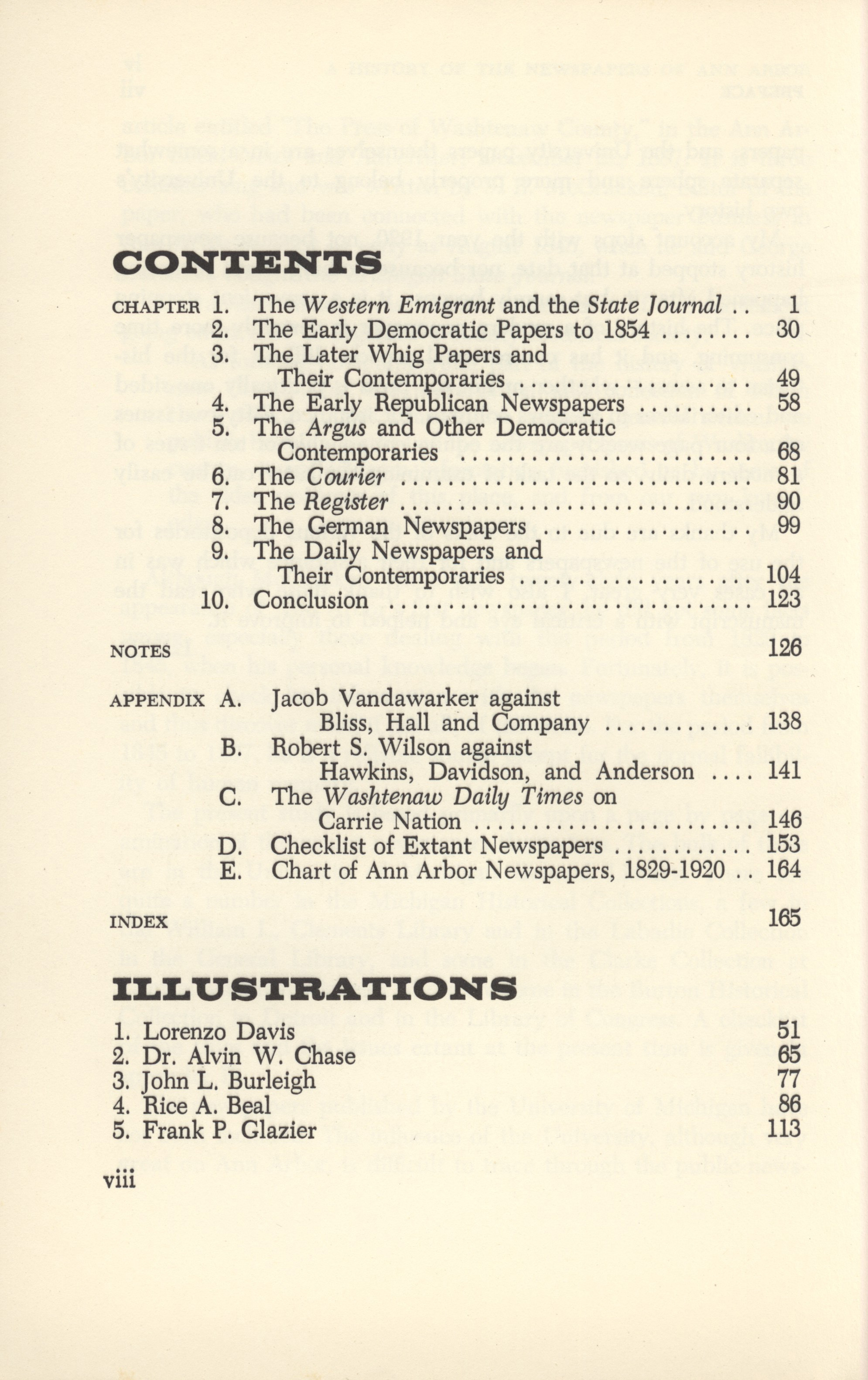 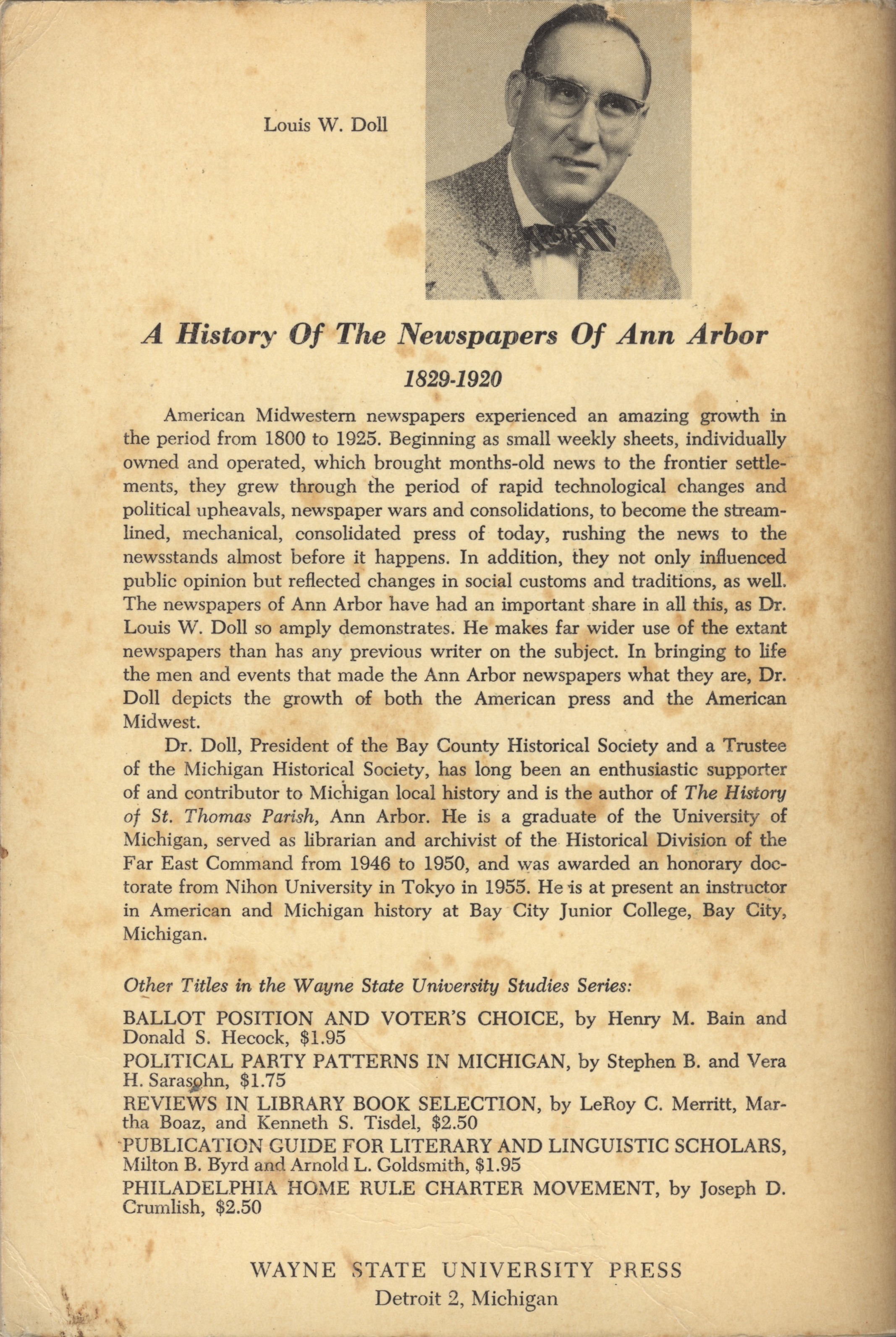 American Midwestern newspapers experienced an amazing growth in the period from 1800 to 1925. Beginning as small weekly sheets, individually owned and operated, which brought months-old news to the frontier settlements, they grew through the period of rapid technological changes and political upheavals, newspaper wars and consolidations, to become the streamlined, mechanical, consolidated press of today, rushing the news to the newsstands almost before it happens. In addition, they not only influenced public opinion but reflected changes in social customs and traditions, as well. The newspapers of Ann Arbor have had an important share in all this, as Dr. Louis W. Doll so amply demonstrates. He makes far wider use of the extant newspapers than has any previous writer on the subject. In bringing to life the men and events that made the Ann Arbor newspapers what they are, Dr. Doll depicts the growth of both the American press and the American Midwest.

Dr. Doll, President of the Bay County Historical Society and a Trustee of the Michigan Historical Society, has long been an enthusiastic supporter of and contributor to Michigan local history and is the author of The History of St. Thomas Parish, Ann Arbor. He is a graduate of the University of Michigan, served as librarian and archivist of the Historical Division of the Far East Command from 1946 to 1950, and was awarded an honorary doctorate from Nihon University in Tokyo in 1955. He is at present an instructor in American and Michigan history at Bay City Junior College, Bay City, Michigan.