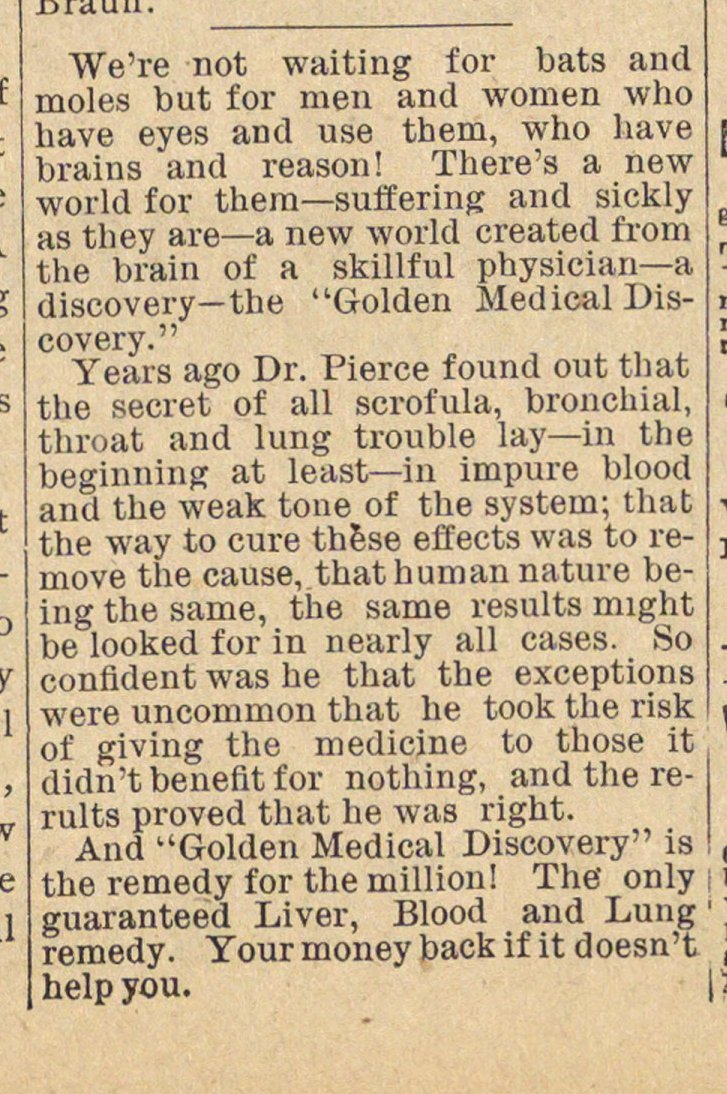 We're not waiting for bats and moles but for men and women who have eyes and use them, who have brains and reason! There's a new world for them- suffering and sickly as they are- a new world created from the brain of a skillful physician- a discovery-the "Golden Medical Discovery." Years ago Dr. Pierce found out that the secret of all scrofula, bronchial, throat and lung trouble lay - in the beginning at least - in impure blood and the weak tone of the system; that the way to cure these effects was to remove the cause, that human nature beI ing the same, the same results might be looked for in nearly all cases. So confident was he that the exceptiqns were uncommon that he took the risk of giving the medicine to those it didn't benefit for nothing, and the rerults proved that he was right. And "Golden Medical Discovery" is the remedy for the million! The" only guaranteed Liver, Blood and Lung remedy. Your money back if itdoesn't help you.