Virgil And The "aeneid." 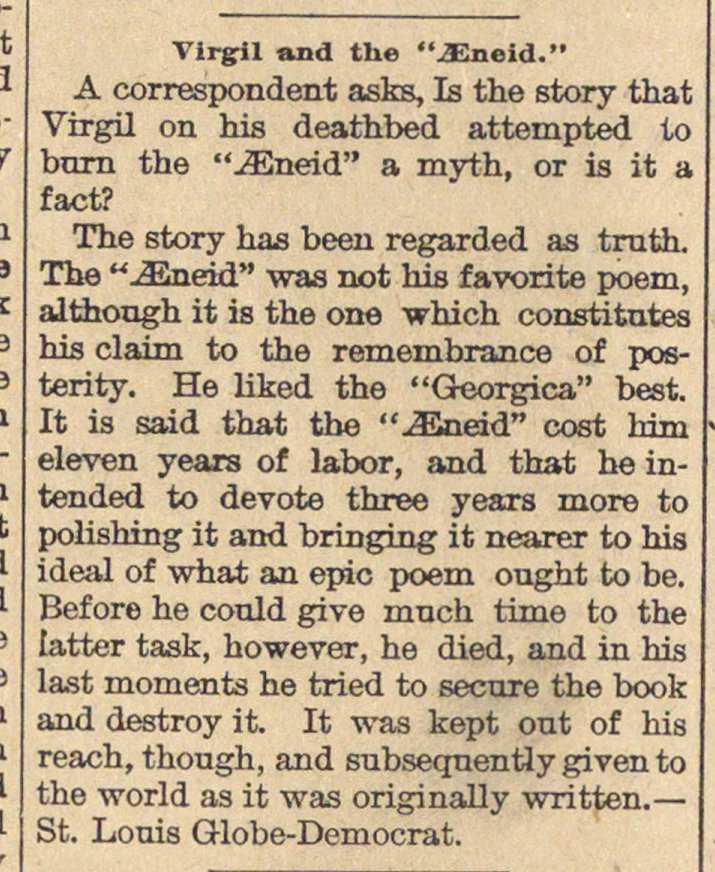 A correspondent asks, Is the story that Virgil on his deathbed attempted to bnm the ".Eneid" a myth, or is it a fact? The story has been regarded as truth. The ".áSneid" was not his favorito poem, although it is the one which constitutes his claim to the remembrance of posterity. He liked the "Geórgica" best. It is said that the ".áSneid" cost VHtti eleven years of labor, and that he intended to devote three years more to polishing it and bringing it nearer to his ideal of what an epic poem onght to be. ïefore he could give much time to the atter task, however, he died, and in his ast moments he tried to secure the book and destroy it. It was kept out of his reach, though, and subseqnently given to ;he world as it was originally written. -