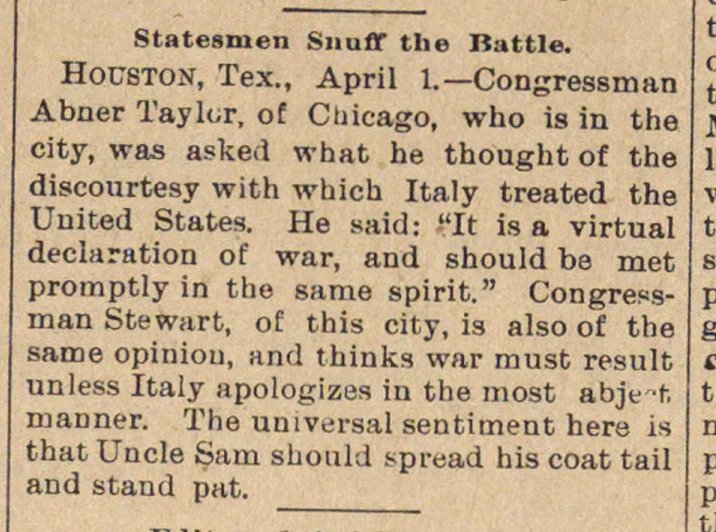 liOCSTON, reat, April 1.- Congressman Abner Taylur, of Cliicago, who is in the city, was asked what he thought of the discourtesy with which Italy treated the United States. He said: "It is a virtual declaration of war, and should be met promptly in the same spirit." Congressman Stewart, of this city, is also of the same opinión, and thinks war must result unless Italy apologizes in the most aoje f. manner. The universal sentiment her is that Uncle Sam should spread his coat tail and stand pat.