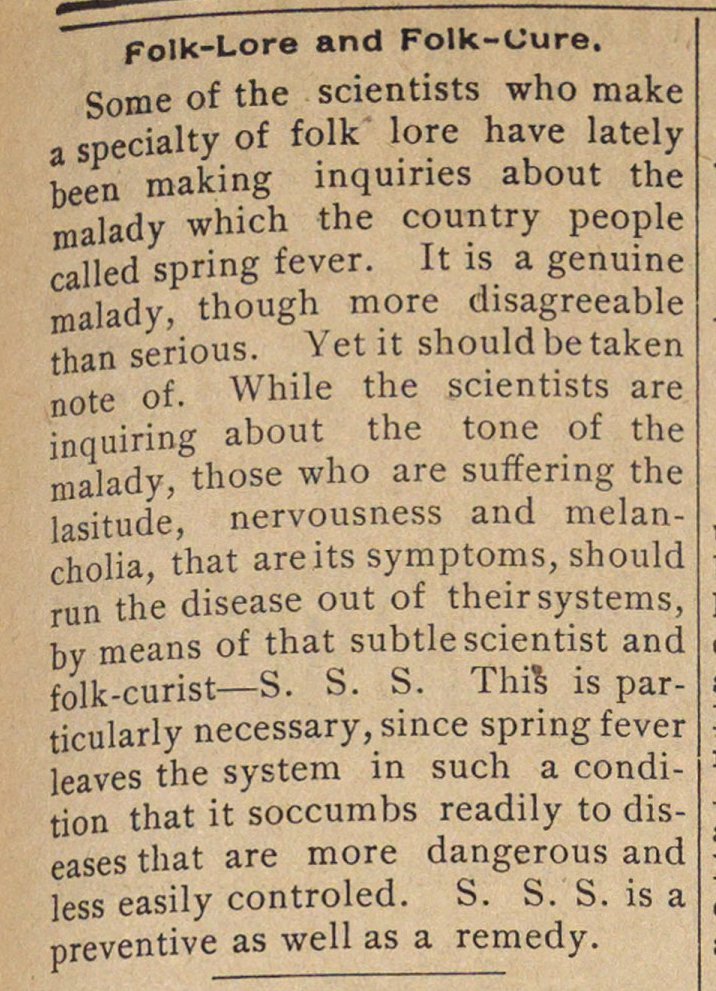 Folk-Lore and Folk-Cure. Sorne of the scientists who make a specialty of folk lore have lately heen making inquines about the malady which the country people called spring fever. It is a genuine malady, though more disagreeable than serious. Yet it should be taken note of. While the scientists are inquiring about the tone of the malady, those who are suffering the lasitude, nervousness and melancholia, that areits symptoms, should run the disease out of theirsystems, by means of that subtlescientist and folk-curist- S. S. S. Thi% is particularly necessary, since spring fever leaves the system in such a condition that it soccumbs readily to diseases that are more dangerous and less easily controled. S. S. S. is a preventive as well as a remedy.