Death Of A Famous Stallion 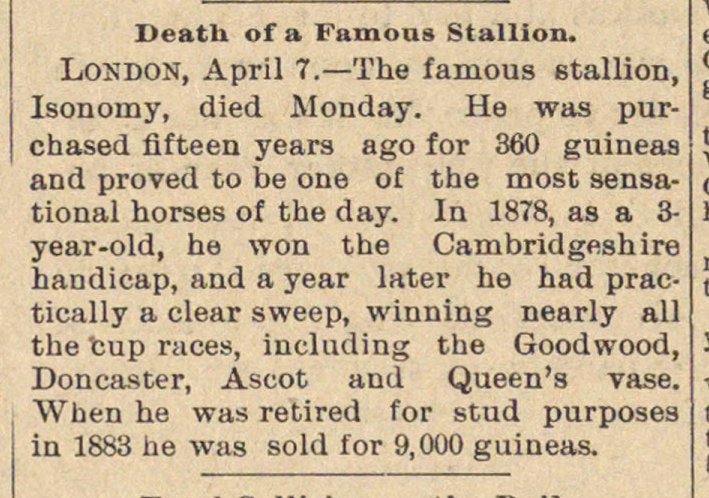 LONDON, April 7. - The famous stallion, Isonomy, died Monday. He was purchased fifteen years ago for 360 guineas and proved to be one oL the most sensational horses of the day. In 1878, asa 3year-old, he won the Cambridgeshire handicap, and a year later he had praetically a clear sweep, winning nearly all the 'cup races, including the Goodwood, Doncaster, Ascot and Queen's vase. When he was retired for stud purposes in 1883 he was sold for 9,000 guineas.