Poured Poison In The Tea 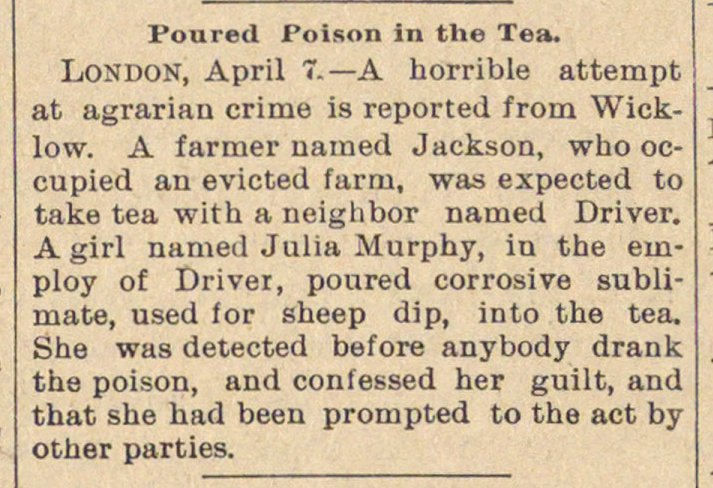 London, April - A horrible attempt at agrarian crime is reported froni Wicklow. A farmer uaraed Jackson, who occupied an evicted farm, was expected to take tea with a neighbor nained Driver. A girl named Julia Murphy, in the employ of Driver, poured corrosiva sublimate, used for sheep dip, into the tea. She was detected before anybody drank the poison, and confessed her guilt, and that she had been prompted to the act by other parties.