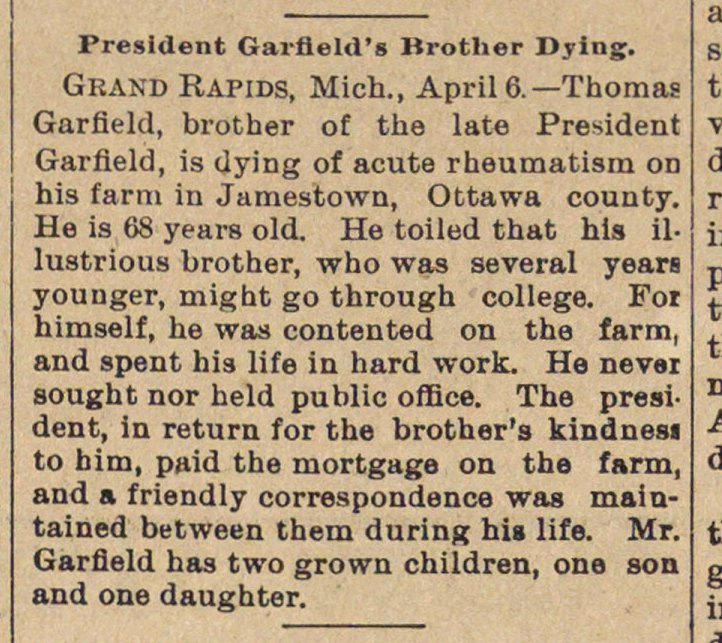 Grand Rapids, Mich., April 6. -Thomas Garfield, brother of the late President Garfield, is dying of acute rheumatism od his farm in Jamestown, Ottawa county. He is 68 years old. He toiled that hls illuatrious brother, who was several years younger, might go through college. For himself, he was contented on the iarm, and spent his life in hard work. He nevsi sought nor held public office. The president, in return for the brother's kindnesi to bim, paid the mortgage on the farm, and a friendly correspondence was maintained between them during hia life. Mr. Garfield has two grown children, one son and one daughter.