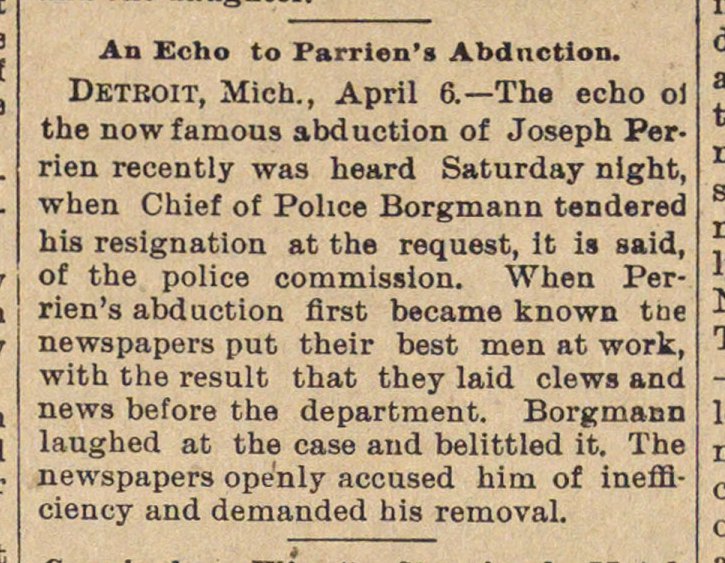 Detroit, Mich., April 6.- The echo of the nowfamous abduction of Joseph Perrien recently was heard Saturday night, when Chief of Pohce Borgmanu tendered bis resignation at the request, It is said, of the pólice commisaion. When Perrien's abduction first became known toe newspapers put their best men at work, with the result that they laid clews and news before the department. Borgmacn laughed at the case and belittled it. The newspapers openly accused him of inefflciency and demanded his removal.