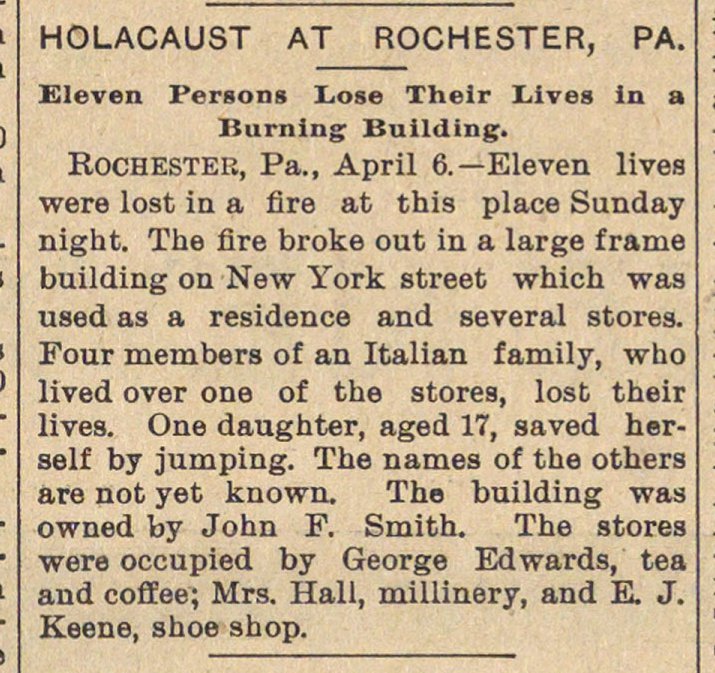 ROCHESTEB, Pa., April 6.- Eleven lives were lost in a fire at this place Sunday night. The fire broke out in a large frame building on New York street which was used as a residence and several stores. Four members of an Italian family, who Hved over one of the stores, lost their lives. One daughter, aged 17, saved herself by jumping. The names of the others are not yet known. The building was owned by John F. Smith. The stores were occupied by George Edwards, tea and cofifee; Mrs. Hall, miüinery, and E. J. Keene, shoe shop.