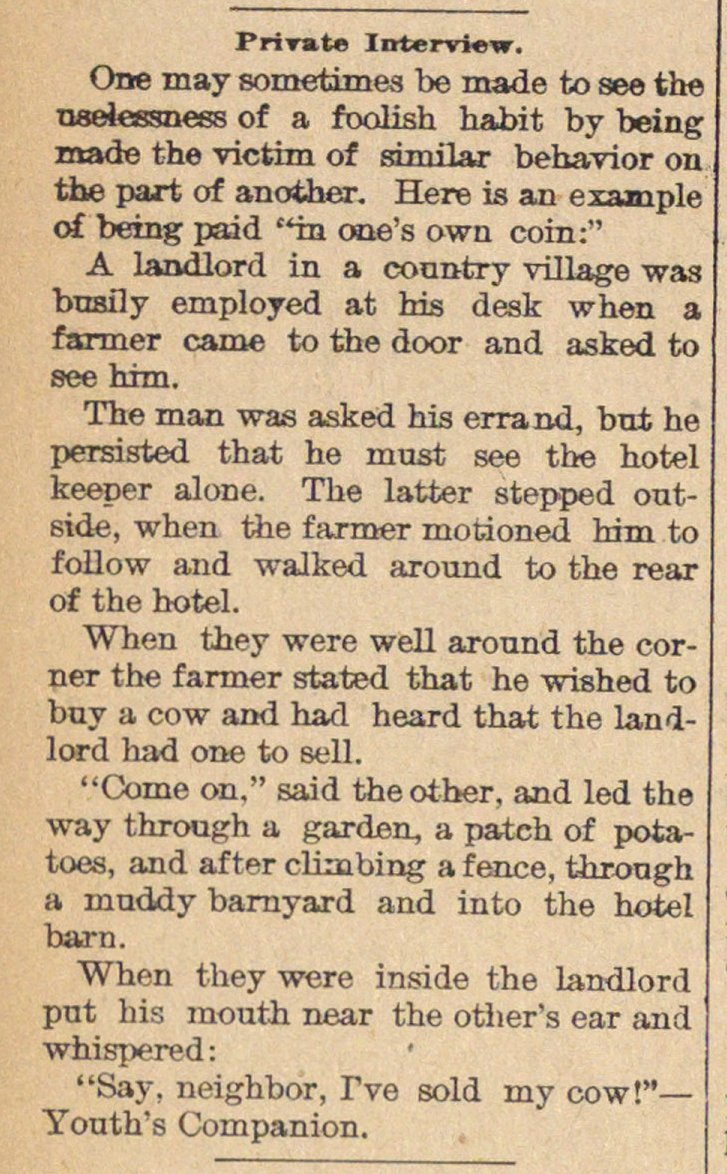 One may sometimes be made to see the useiessness of a foolish habit by being made the victim of sünilar behavior on the part of another. Here is an example of being paid "in one's own coin:" A landlord in a country village was busfly employed at Ws desk when a farmer carne to the door and asked to see him. The man was asked his errand, bot he persisted that he must see the hotel keeper alone. The latter stepped outside, when the farmer motioned him to follow and walked around to the rear of the hotel. When they were well around the corner the farmer stated that he wished to buy a. cow and had heard that the landlord liad one to sell. "Come on," said theother, and led the way through a garden, a patch of potatoes, and af ter cKaabing a f ence, through a muddy barnyard and into the hotel barn. When they were inside the landlord pnt his moutii near the otlier's ear and whispered : "Say, neicrhbor. Tve sold mv cow!"-