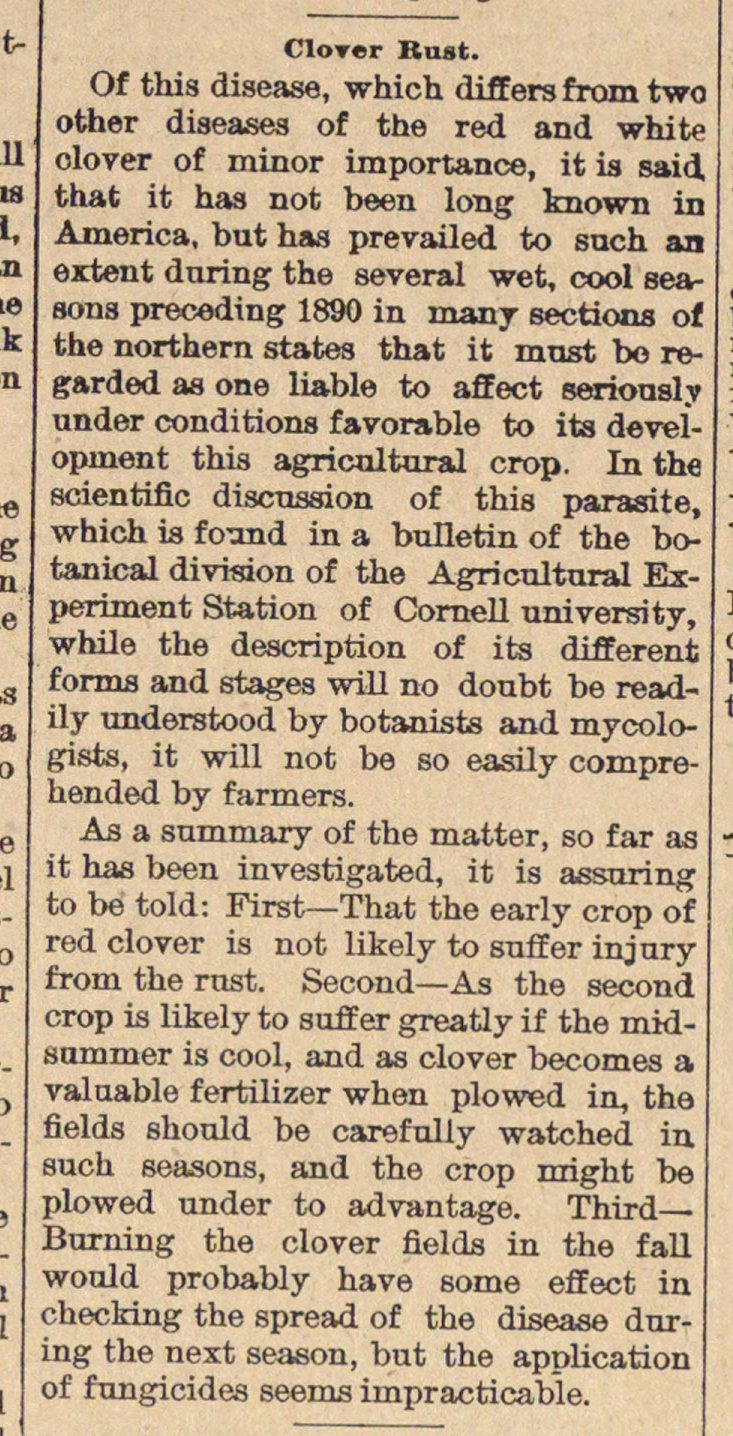 Of thi8 disease, which differs from two other diseases of the red and white oiover of minor importance, it ia said, that it has not been long known in America, but has prevailed to such aa extent dnring the several wet, cool season8 preceding 1890 in many sections oí the northern states that it must bo regarded as one liable to affect serionsl.v under conditions favorable to ita deveiopinent this agricoltural erop. In the scientific discuasion of this parasite, which is fcnind in a bulletin of the botanical división of the Agri cultural Kt. periment Station of Cornell university, while the description of its different forma and stages will no doubt be readily understood by botanists and mycologists, it will not be so easily comprehended by farmers. As a summary of the matter, so far as it has been investigated, it is asstuing to be told: First- That the early erop of red clover is not likely to suffer injury from the rnst. Second - As the second crop is likely to suffer greatly if the midsammer is cool, and as clover becomes a valuable fertilizer when plowed in, the fields shonld be carefuliy watched ia such seasons, and the crop nright be plowed under to advantage. Third- Burning the clover fields in the fall would probably have some effect in checking the spread of the disease during the next season, but the apDlication of fungicides seems impracticable.