Jones- It's the most curious case on rec... 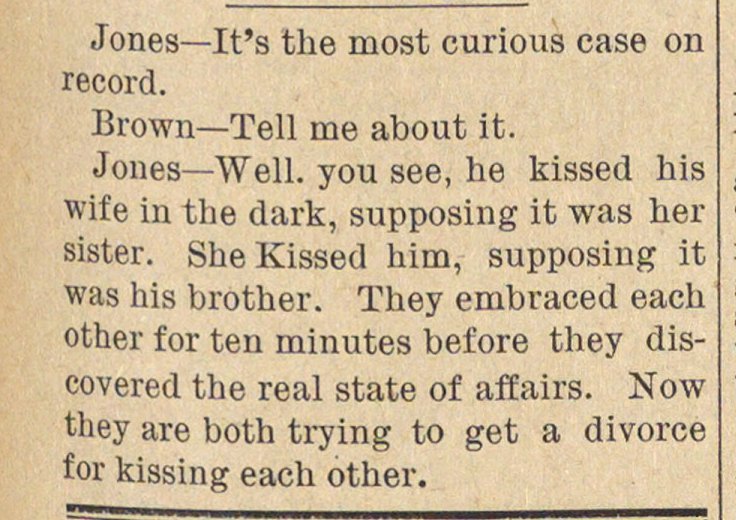 Jones- It's the most curious case on record. Brown- Teil me about it. Jones- Well. you see, he kissed his wife in the dark, supposing it was her sister. She Kissed him, supposing it was his brother. They embraced each other for ten minutes before they discovered the real state of afíairs. Now they are both trying to get a divorce for kissing each other.