Secretary Proctor On The Senatorship 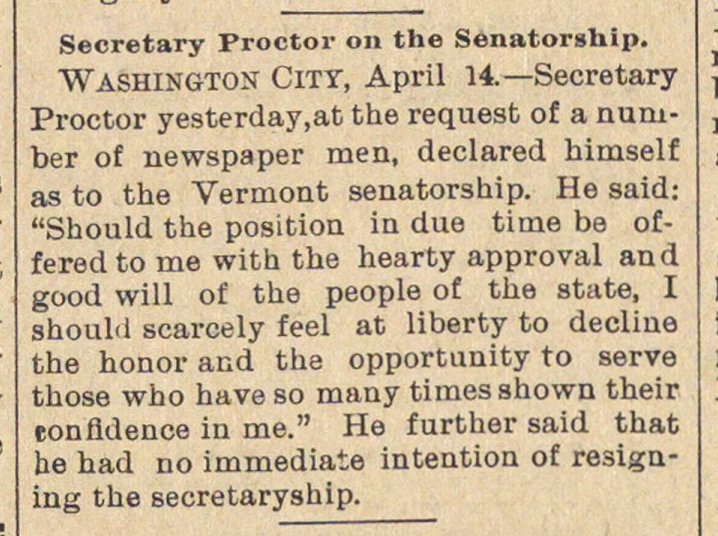 Washington City, April 14.- Secretary Proctor yesterday,at the request of a number of newspaper men, declared himself as to the Vermont senatorship. He said: "Should the position in due time be offeredto me wita the hearty approval and good will of the people of the state, I shoulil scarcely feel at liberty to decline the honor and the opportunity to serve those who have so many times shown their tonfldence in me." He further said that he had no immediate intention of resigning the secretaryship.