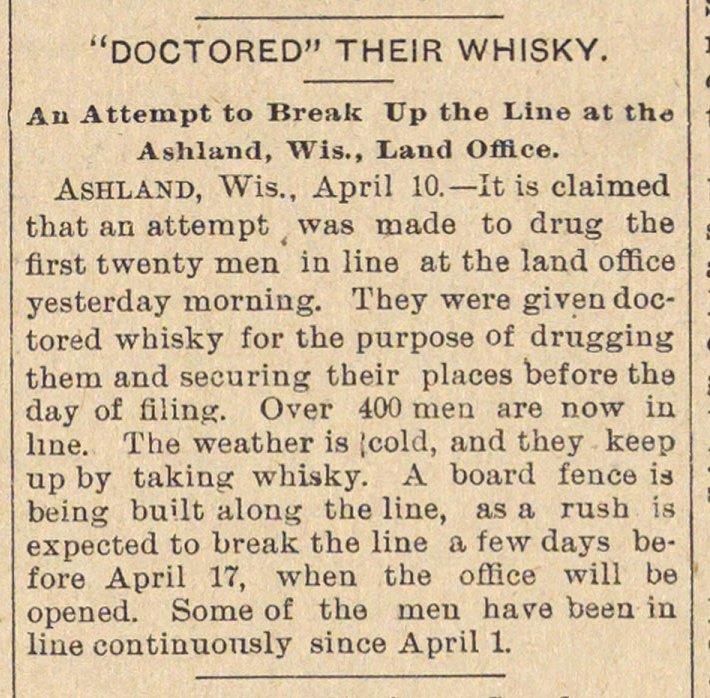 Ashland, Wis., April 10.- It is claimed that an atterapt ( was made to drug the first twenty men in line at the land office yesterday morniug. They were given doetored whisky for the purpose of drugging them and securing their places before the da.y of filinf;. Over 400 men are now in lme. The weather is [cold, and they keep up by taking whisky. A board fence is being built along the line, as a rush is expected to break the line a few days before April 17, when the office will be opened. Some of the ineu have been in line continuously since April 1.