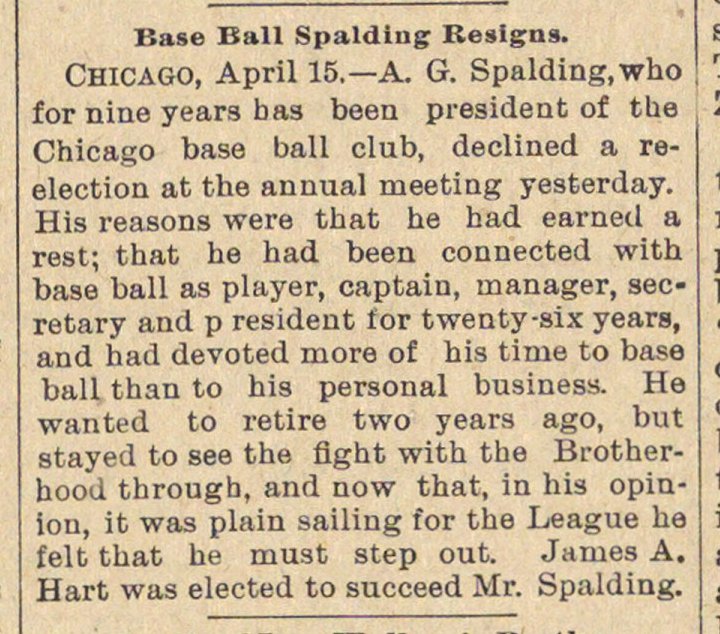 Chicago, April 15.- A. G. Spalding.who for nine years bas been president of tue Chicago base ball club, declined a reelection at the annual meeting yesterday. His reasons were that he bad earnecl a rest; that he had been connected with base ball as player, captain, manager, secretary and p resident íor twenty-six years, and had devoted more of his time to base ball than to his personal business. He wanted to retire two years ago, but stayed to see the fight with the Brotherhood through, and now that, in his opinión, it was plain sailing for the League he feit that he must step out. James A. Hart was elected to succeed Mr. Spalding.