Reasons For A Divorce 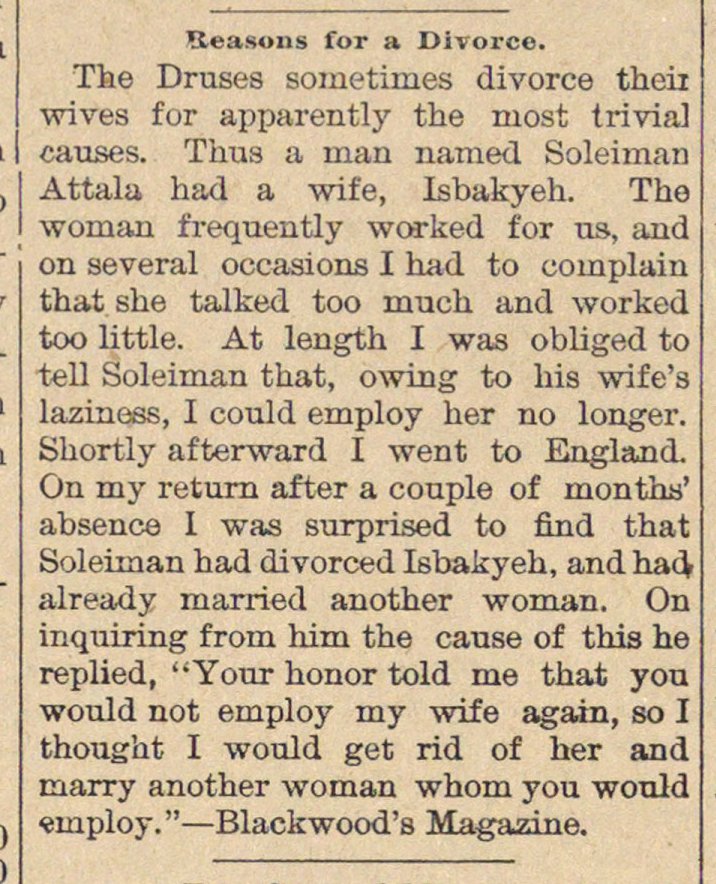 The Druses sometimes divorce theii wives for apparently the most trivial causes. Thus a inan named Soleiman Attala had a wife, Isbakyeh. The woinan frequently worked for us, and on several occasions I had to complain that she talked too much and worked too little. At length I was obliged to teil Soleiman that, owing to his wife's laziness, I could employ her no longer. Shortly afterward I went to England. On my return after a couple of montha' absence I was surprised to find that Soleiman had divorced Isbakyeh, and hadr already married another woman. On inquiring from him the cause of this he replied, "Your honor told me that you would not employ my wife again, so I thought I would get rid of her and marry another woman whom you would mploy."-