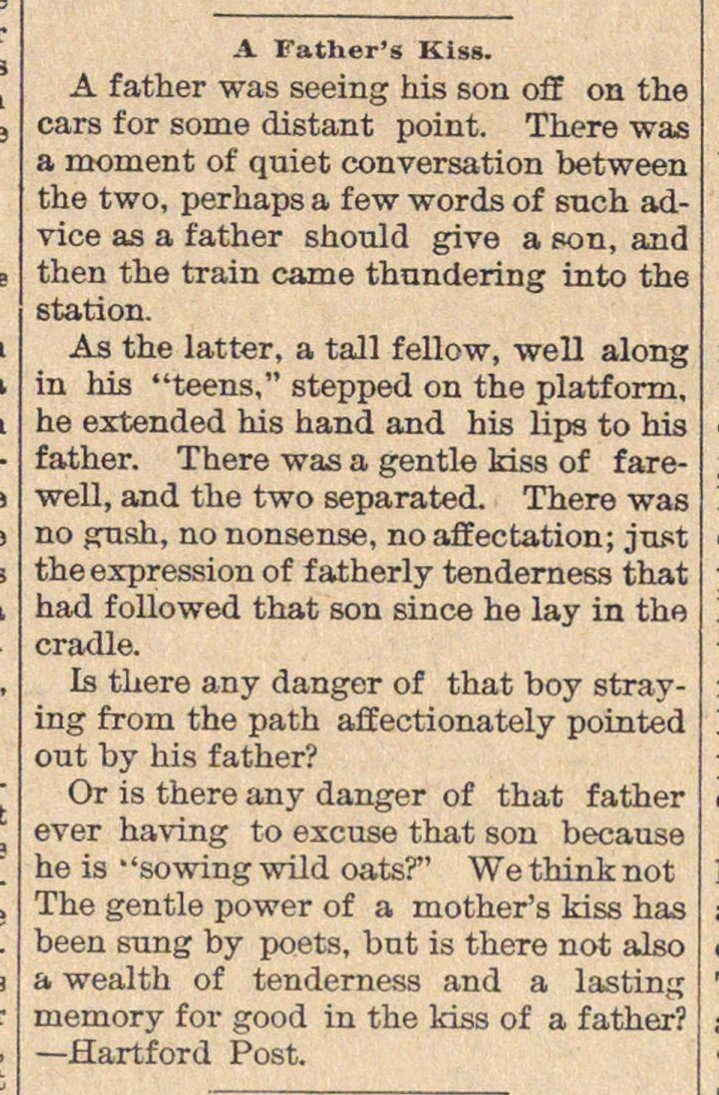 A father was seeing his son off on the cars for some distant point. There was a moment of quiet conversation between the two, perhaps a few words of such advice as a father should give a son, and then the train carne thnndering tnto the station. As the latter, a tall fellow, well along in his "teens," stepped on the platform, he extended his hand and his lips to his 'ather. There was a gentle kiss of farewell, and the two separa ted. There was no gush, no nonsense, noaffectation; just ihe expression of fatherly tenderness that ïad followed that son since he lay in the eradle. Is there any danger of that boy straying from the path affectionately pointëd out by his father? Or is there any danger of that father ever having to excuse that son because ie is " 'sowing wild oats?' We think not The gentle power of a mother's kiss has jeeu sung by poets, but is there not also wealth of tenderness and a lasting memory for good in the kiss of a father?